29/08/2019 - VENICE 2019: With this year’s opening film, Hirokazu Kore-eda proves he is good enough to survive a shoot in another language, but not good enough to avoid every piece of clunky dialogue

Juliette Binoche, Catherine Deneuve and Ethan Hawke in The Truth

The good news is that The Truth [+see also:
trailer
interview: Hirokazu Kore-eda
film profile] is not, I repeat, not Naomi Kawase’s dreadful foray into another language called Vision [+see also:
film review
trailer
film profile], also starring Juliette Binoche, for some reason. This time, she swaps the search for pain-relieving ancient herbs while stuck in a Japanese forest – as one always should – for some good, old-fashioned mother-daughter resentment. But this year’s Venice opening film, Hirokazu Kore-eda’s first to be shot outside of his home country Japan, with an entirely French crew and in a language (or languages) he doesn’t even speak, as if to make things more interesting, is a slight affair, if also perfectly pleasant. At least in some parts.

The story – revolving around one of cinema’s favourite clichés, an “ageing movie star”, Fabienne (Catherine Deneuve), who has to deal with a forthcoming memoir that’s mostly made up, the fact that she has a new and (gasp!) only supporting role, as well as the arrival of her screenwriter daughter Lumir (Binoche), her child and imported husband (Ethan Hawke) – is entertaining enough. It could also have been done by anyone else, really, unlike some of Kore-eda’s best films. Perhaps it’s simply a case of operating within a language one is not that familiar with, but The Truth is overly sentimental: something Kore-eda never seemed to have a tendency for, at least not to this extent, usually injecting just enough tenderness into the melodrama to – as this edition’s Golden Lion honouree Julie Andrews would say – make the medicine go down. Now, the eyes get misty. The music soars. Stifled complaints are finally being voiced, loud and clear, sending all of this famed Japanese restraint straight to hell. Or, in this case, a Chinese restaurant that is even open for breakfast.

It helps that – pardon my French – Deneuve is actually playing a bit of a jerk, able to cut mawkishness clean in half with one sentence, karate-style. What a delicious part this is, and funny considering that when this writer met her recently in Odesa, where she was receiving a Lifetime Achievement Award, Deneuve admitted that while Kore-eda wrote the role with her in mind, she doesn’t really identify with his take. It’s curious because Fabienne’s snide remarks – which she interrupts only to take another puff, with Deneuve devouring her Slims in a way that brings you back to the smoggy 1940s heyday – actually do seem to echo the actress’s take on many issues, from actors sharing their political views in public to, ahem, Brigitte Bardot. She is so mean and self-centred that you can’t help but admire her, and whenever she decides to voice an opinion or “kill off” yet another ex-acting rival, who is still very much alive, time flies. When she stops, well, it doesn’t, moping around like a massive turtle called Pierre.

It might be that the jarring contrast between her and Binoche, clearly taking a step back, just like Fabienne’s neglected daughter, was something Kore-eda wanted – as communication between these two has never been their strongest suit. But if Fabienne is supposed to be the monster here, it’s actually Lumir who appears more resentful, and while Kore-eda does explain enough of their past to enable us to understand why, it’s hard to actually feel it. No wonder they keep talking about it instead, questioning each other’s truths and emotions, or memories “you can’t really trust” – an unlikely mantra repeated here more than once, so it must be true. But every issue raised appears and then goes nowhere, a bit like Lumir’s husband’s meandering career. Not that he seems to mind.

Produced by Muriel Merlin, The Truth was co-produced by Miyuki Fukuma and Matilde Incerti for France’s 3B Productions, MI Movies and France 3 Cinéma, and Japan’s Bunbuku, with the participation of France Télévisions, Canal+ and Cine+. The French distribution is handled by Le Pacte, with world sales entrusted to Wild Bunch.

more about: The Truth

“There is always some loneliness that comes with success”

VENICE 2019: Cineuropa met up with acclaimed Japanese director Hirokazu Kore-eda, who left his home country for musings on family and fame in The Truth 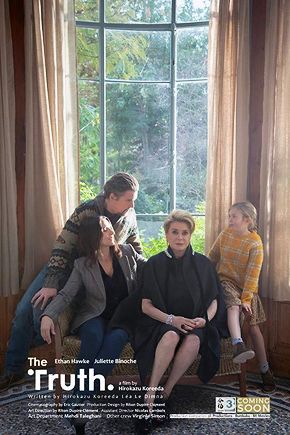 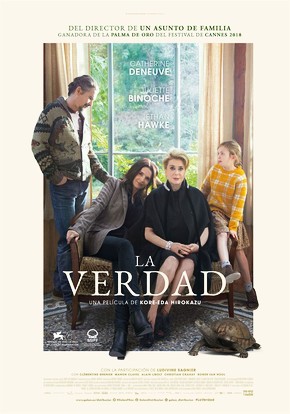 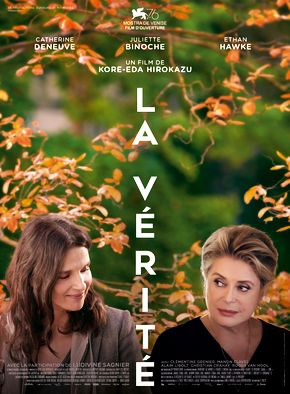 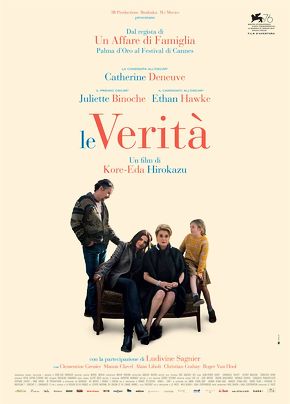 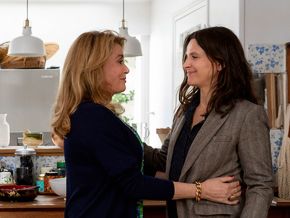 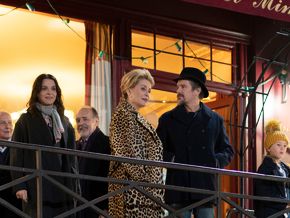 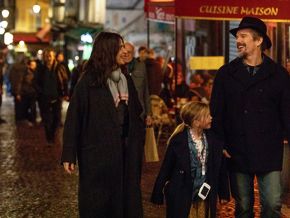