Review: Only the Animals

Damien Bonnard in Only the Animals

“When you’re in love, nothing bad can happen to you”. It isn’t exactly so in Only the Animals [+see also:
trailer
interview: Dominik Moll
film profile], the sixth feature from Franco-German director Dominik Moll, selected – and much applauded – as the opening film of the 16th Giornate degli Autori at the Venice International Film Festival (28 August - 7 September). Five stories of unbalanced and dysfunctional love, where those who love each other also hurt each other (contrary to what an elderly woman says in the film), intertwine in this tight and well constructed noir thriller, which begins with the disappearance of a woman, Evelyne (Valeria Bruni Tedeschi), on a stormy night in a cold rural region of France.

Adapted by the director together with Gilles Marchand from the eponymous and multi-award-winning novel by French writer Colin Niel, published in 2017, Moll’s film maintains the original structure in five distinct chapters, one for each character. As they show the different points of view on this mysterious disappearance, these chapters reveal an ever more surprising web of stories and characters. From the desolate snows of the Causse Méjean plateau, they will end up in the crowded streets of Abidjan, Côte d’Ivoire, after passing through the Internet, chats between strangers, identity swaps, and vicious disappointments.

Each in their own way, Alice (Laure Calamy), Joseph (Damien Bonnard), Marion (Nadia Tereszkiewicz), Armand (Guy Roger “Bibisse” N’drin) and Michel (Denis Ménochet) are idealists who dream of escaping their everyday lives, looking for love in relationships real or imaginary. The viewer progressively discovers what binds them together, each new segment clarifying things further and adding a few more elements, and the details of the plot should not be revealed here so as not to spoil the surprise.

The mystery around Evelyn’s disappearance is the structuring thread holding the whole enterprise together, but the film focuses most of all on the secrets and unconfessed evasions of its characters, opening a window into some of the dynamics of our contemporary world and on economic equalities. From the murky relationship between a social worker with his sullen and taciturn client (the most obvious target for all suspicions, at first) to the fatal attraction between a woman and a much younger girl, two thirds into the film, the narration shifts to another world, that of young African people hungry for money, who perceive the exploitation of the white man as their only resource, with the complicity of shamans whose tribal rituals bless and favour their illegal activities.

The meeting of these two worlds, distant but easily connected by new technologies, is the strong point of this global thriller. It’s an exciting journey through different cultures and dangerous relationships and into the dark side of desire, where love is a trap from which one escapes with bones irredeemably broken.

Only the Animals is a Franco-German production by Haut et Court with Razor Film Produktion and France 3 Cinéma. International sales are handled by The Match Factory.

more about: Only the Animals

Interview: Dominik Moll • Director of Only The Animals

"A mystery thriller with an original structure"

VENICE 2019: French-German director Dominik Moll talks to us about his new feature Only the Animals, screened as the opening film of the Giornate degli Autori

Current tensions and potential solutions are on the agenda of the ARP’s 29th Film Meetings, unfurling 6 – 8 November 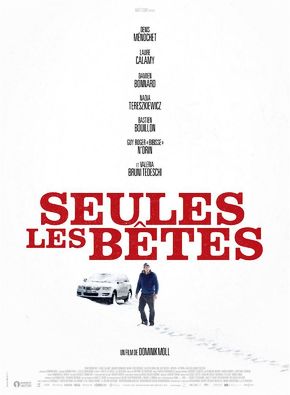 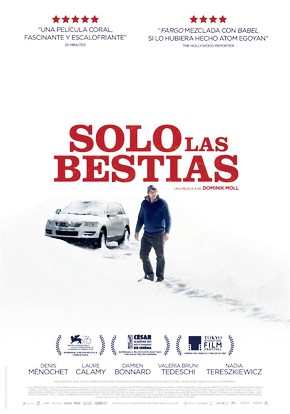 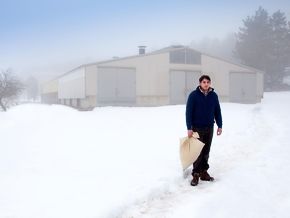