30/08/2019 - VENICE 2019: Cécile de France shines in the role of a heartbroken woman who discovers her shamanic talents, in Fabienne Berthaud’s exotic, pleasant and very effective film

"You can choose between African marabouts, Mongolian shamans, or Tibetan monks”. When Corine, a sound engineer utterly devastated by the death of her husband after a long illness, is offered a chance to refuel by documenting atmospheres, prayers and songs for a documentary series on spirituality, the young woman only asks to be sent as far away as possible. She has no idea that this trip will drive her into even more extraordinary lands, those of the spirits, and towards the discovery of an extremely unsettling personal power. Such is the premise of A Bigger World [+see also:
trailer
interview: Fabienne Berthaud
film profile], the new film from Fabienne Berthaud (appreciated for Frankie [+see also:
trailer
film profile] and Lily Sometimes [+see also:
film review
trailer
film profile]), which premieres in the Giornate degli Autori section of the 76th Venice International Film Festival (28 August - 7 September).

Inspired by the real experience of Corine Sombrun and by her novel Mon initiation chez les chamanes, adapted by the director together with Claire Barré, the film thus plunges its lead character (Belgian actress Cécile de France) in breathtaking landscapes, traveled through via mini-van then on horseback, from the steppes of North Mongolia to a Tsaatan or Dukha encampment. Guided by interpreter Naara (Narantsetseg Dash), Corine there discovers the surprising traditions of this community of reindeer herders, until one fateful night where she enters into a wild trance while recording a shamanism session led by Oyun (Tserendarizav Dashnyam). “What happened?” she asks after returning to her senses, and the answers she gets are stupefying: “this woman is a shaman. She almost died”, “the spirit of the wolf went inside you, it gave you its powers, you now have to learn how to use them; if you do not do what the spirits want you to do, your life will be even worse. Shamans can communicate with the spirit of the dead, but during the trance, they go into the dark world and they have to find the path towards their bodies again”.

Shaken, but rejecting what she considers to be “wizard bullshit”, Corine returns to Europe where she soon realises that the sounds recorded during the shamanic session automatically make her fall into another world. Once the hypothesis of a physical issue is eliminated (via an MRI exam of her brain), and despite the worry of her loved ones (Ludivine Sagnier, Arieh Worthalter) who suspect psychological trouble, she decides, in the hope of contacting her dead husband, to return to Mongolia and learn the ways of shaman Oyun…

Difficult to portray cinematically without resorting to fantasy, in A Bigger World, the fascinating topic of the doors of perception is treated via a personal adventure that is simple and accessible to a larger audience. Carried by an excellent performance from Cécile de France, the film fully leverages the spectacular landscapes of Mongolia and the fascinating trance sequences, shrouding its story in a well-balanced cover between ethnographic immersion and classical cinematic narrative. The ensemble proves to be simultaneously exotic, pleasant, and very effective, in a film where return to nature and spiritual awakening are synonymous with rebirth.

more about: A Bigger World

VENICE 2019: French director Fabienne Berthaud talked to us about A Bigger World, selected in the Giornate degli Autori, based on a true story, and starring the excellent Cécile de France

The Hauts-de-France region will also back films in production Soumission by Guillaume Nicloux, Saint-Omer by Alice Diop and Murder Party by Nicolas Pleskof

VENICE 2019: Cécile de France shines in the role of a heartbroken woman who discovers her shamanic talents, in Fabienne Berthaud’s exotic, pleasant and very effective film 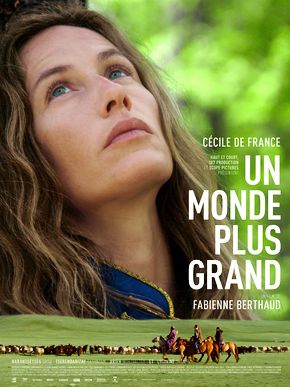 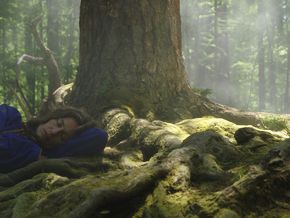