30/08/2019 - Paco Plaza proves the Spanish thriller is far from dead with a feature that has a powerful psychological impact, a tragic tone, strong mise-en-scène and a finale that will shake you to your very core

Luis Tosar in Eye for an Eye

Eye for an Eye [+see also:
trailer
interview: Paco Plaza
film profile] starts off sailing on choppy waters, under a blood-red, blinding sun that absolutely drenches the colour palette, and introducing a clutch of characters – a family of Galician drug traffickers – who live a life steeped in violence, ambition and cruelty. And it ends with one of those sequences that sear themselves into your memory for years to come: a finale that closes the film on a high note – and it’s a film that portrays the human race as the very nastiest and most despicable of all those inhabiting the Earth. With this movie, Paco Plaza, who previously demonstrated ample aptitude for risk-taking and hijinks in [REC]3: Genesis [+see also:
trailer
film profile], puts his name to his most mature, refined and disturbing film to date.

That’s because this original story penned by Juan Galiñanes (Dhogs [+see also:
film review
trailer
film profile]), who co-wrote it with Jorge Guerricaechevarría (To Steal from a Thief [+see also:
film review
trailer
interview: Daniel Calparsoro
film profile]), is shot through with an aroma of Greek, Shakespearean and even Lorca-like tragedy. The lead character is a male nurse (Mario, played by Luis Tosar), whose partner is heavily pregnant (fellow Galician actress María Vázquez, as fantastic here as she was in Trot [+see also:
film review
trailer
interview: Xacio Baño
film profile], but in a brighter and more cheerful role). His stable and quiet life is turned upside down when an elderly drug dealer (Xan Cejudo, who passed away shortly after he finished shooting this film) is admitted to the centre where Mario works. This encounter reopens old, unhealed wounds, flinging open a raging Pandora’s box that, of course, we will not pore over here.

Thanks to Plaza’s prowess in converting a story that he has not this time written himself into sound and images, the viewer will find himself facing the same ethical and life-or-death dilemma that the protagonist does in Eye for an Eye: would we do the same in his shoes? If the answer is yes, perhaps we are not as upstanding as we think we are. Because what occurs in this feature is surprising and brutal in equal measure, with a dramatic crescendo and a number of plot twists that leave the audience petrified as they watch the events unfold.

All of this is enhanced by an outstanding cast (where one newcomer stands out particularly: Enric Auquer, now surely a dead cert for a nomination for the next edition of the Goya Awards in the Best New Actor category), meticulous sound design that ramps up the feeling of unease, cinematography that emphasises the duality between good and evil, and editing that reminds us just how close life is to death.

However, above all, this production gives the world of film one of the most intimidating baddies of recent cinema history, a psychopath capable of doing anything to crush his rival and prove who’s the strongest. All of this is narrated with an outstanding feeling for pace, showmanship and entertainment, but simultaneously, it warns the viewer that the decisions we make can easily turn into the stuff of our worst nightmares.

Eye for an Eye is a production by Vaca Films, Atresmedia Cine and Quien a hierro mata AIE, in co-production with French outfit Playtime Productions and in association with Sony Pictures International Productions. It goes on general release in Spain today, 30 August, distributed by Sony Pictures Entertainment Iberia.

more about: Eye for an Eye

Interview: Paco Plaza • Director of Eye for an Eye

"I desperately needed to make this film"

Paco Plaza’s Eye for an Eye, a hard-hitting revenge flick and existential thriller that is guaranteed to leave you rattled, starring Luis Tosar and shot in Galicia, is on general release now in Spain

Ibon Cormenzana is directing this immersive, high-octane emotional adventure, rubbing shoulders with the most perilous, harsh and spectacular sides of nature

Shooting on the Spanish filmmaker’s new horror movie, written by Carlos Vermut, finished a few days ago after the hiatus caused by the health crisis

Leticia Dolera writes, directs and stars in eight lively episodes that bring us up close and personal with three women in crisis, in all their unfiltered, delusional and conflicted glory

Paco Plaza proves the Spanish thriller is far from dead with a feature that has a powerful psychological impact, a tragic tone, strong mise-en-scène and a finale that will shake you to your very core

The Spanish Film Institute, under the auspices of the Ministry of Culture, earmarked a total of €44 million for the support of cinematic productions of all genres last year 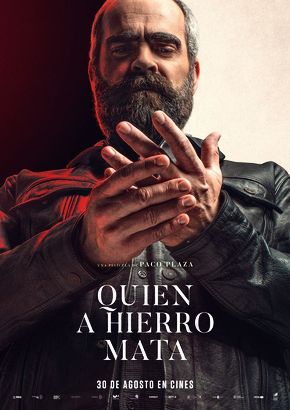 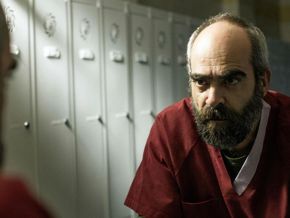 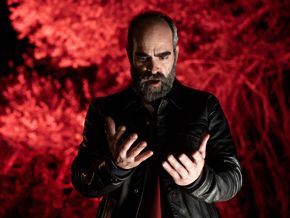