Increasingly present within important international events, with a marked acceleration this year, African cinema sees new talents progressively emerge from previously unrepresented territories. This is the case of Sudan (where film production is difficult, as shown recently in Talking About Trees [+see also:
film review
trailer
film profile], winner of the Best Documentary award of the Panorama section in Berlinale 2019) with the arrival of a new talent, Amjad Abu Alala, whose You Will Die at 20 [+see also:
trailer
interview: Amjad Abu Alala
film profile] — unveiled in the Giornate degli Autori section of the 76th Venice International Film Festival and selected in the Contemporary World Cinema section of the 44th Toronto International Film Festival — is a beautifully realised feature debut.

A real blow hits Sakina (Islam Mubarak) and Alnoor (Talal Afifi) during the religious baptism ceremony for their newborn, Mozamil. One of the servants of the local cheikh faints at a critical moment of the ritual and a prophecy is set: the child will die at 20. Feeling cursed, Alnoor decide to exile to Ethiopia for a year or two, to work there and send money back to the village for Sakina and their son.

“Mozami, son of death!” Six years have passed, Alnoor still hasn’t come back, and Sakina protects her son at home, far from an exterior world where the other children stigmatise him and where he could risk his life before the time set by the prophet. “Did he say how I would die? Does the time I spent in your belly count in my lifespan?”, Mozamil painfully wonders. He also suffers from the absence of his father, but he gets out of his isolation thanks to the intervention of the Iman, who convinces his mother to let him go to koranic school. There, he discovers the tenderness of a little girl, Naima, and the bullying of others (he is wrapped in a shroud and locked in a chest).

One more temporal ellipsis and Mozamil (Mustafa Shehata), now a Koran expert, is nearing his twenties. His docility when faced with his fateful destiny, the enormous weight of tradition (“you carry the grief of your living son”) and the religious authorities’ refusal to cancel the prophecy, will be shaken by his encounter with Suleiman (Mahmoud Elsaraj), a cameraman who has come to live in the village at the end of his career and for the love of Naima (Bunna Khalid). But will this be enough for life to win over death?

Filmed with great control, with simple yet beautiful shots that are very well composed, You Will Die at 20 features a few dreamlike moments that allow the film to breathe — a film whose rather slow rhythm, which goes hand in hand with the protagonist’s lack of rebellion, one simply has to accept. Working with remarkable precision on the intensity of faces and the colours of costumes, the promising Amjad Abu Alala (who wrote the script with Yousef Ibrahim) delivers a subtle political message underneath a narration that delicately holds on the thread of suspense, mixes myth and realism, and delicately unpacks mother- and father-son relationships. Qualities which make him a filmmaker to follow very closely.

more about: You Will Die at 20

Interview: Amjad Abu Alala • Director of You Will Die at 20

"We Sudanese people are all calling for freedom"

VENICE 2019: Sudanese director Amjad Abu Alala talks to us about his feature debut, You Will Die at 20, an international co-production selected in the Giornate degli Autori 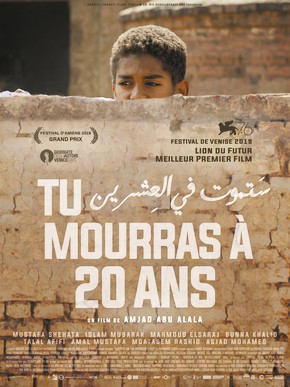 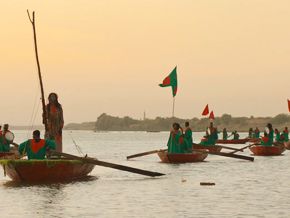 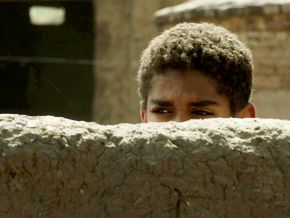 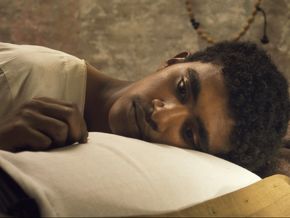 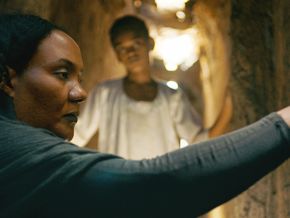