01/09/2019 - VENICE 2019: Women from around the world talk candidly about their experiences of being female in Anastasia Mikova and Yann Arthus-Bertrand's lovingly crafted documentary

The #MeToo movement continues to change society for the better. One silver lining – if it can be called that – is the increased desire to discuss the systematic abuse and institutionalised disadvantages that women face in society. It's hard not to think about all those conversations about malpractice in the film industry when watching this magnificent picture. Playing Out of Competition at the Venice Film Festival, Woman [+see also:
trailer
interview: Anastasia Mikova and Yann A…
film profile] makes it clear that society still has a long way to go when it comes to gender parity.

Woman, co-directed by Ukrainian-born director and journalist Anastasia Mikova and French photographer and environmentalist Yann Arthus-Bertrand, is a magnificent, touching documentary that is both funny and sad. Woman has a rather simple premise: women from around the world and from all walks of life talk about what, for them, it means to be a woman. The documentary is part of Woman, a worldwide project giving a voice to 2,000 females across 50 different countries. The women talk straight to the camera and in first person. The stories are broken up and grouped into loose topics that deal with so many facets of human existence: motherhood, relationships, birth, death, rape, war, love, marriage, education, financial independence, kindness and joy.

This documentary is designed to inform and educate. The superb editing juxtaposes happy stories with sad ones to give a rounded view. The directors create an emotional movie by ensuring that the tempo trots along like sound waves, oscillating between heavy and light moments in loving harmony.

The first testimony is about sexual abuse. Rather than being a harbinger of a heavy tone, it’s an indicator that this film will not shy away from any topic. It swings between questions aimed at seeking out tragic stories and those in search of happiness. One particularly lovely sequence shows a series of women laughing when asked to discuss sexual encounters. Several times in the film, the use of montages of women’s laughter, one beaming face coming after another, is as powerful as any dialogue. The fact that we can see as well as hear these women talking is particularly pertinent in sequences where they talk about ageing, beauty and disfiguration.

Despite the title, it's not a film completely devoid of men; there are images of heterosexual couples in loving situations. But primarily, as the title suggests, this film is concerned with giving women space to speak. Females from all around the world and from different backgrounds talk candidly about men, and the effect that being in relationships, good and bad, at home or at work, can have on them. It's an empowering film.

Occasionally, the comments are divided into chapters by beautiful images shot by the filmmakers, of offices, farms and streets. Photographer Peter Lindbergh, dance company BANDALOOP and composer Armand Amar all make contributions. It is superbly edited, creating the illusion of simplicity when it's clear that weaving together the different elements to create a cohesive whole must have been a monumental task.

“Sometimes, the interviewee would say everything and then collapse”

VENICE 2019: Cineuropa sat down with co-directors Anastasia Mikova and Yann Arthus-Bertrand to talk about Woman, a documentary in which women from across the world talk about their own lives

The distribution of documentaries, under the spotlight of Europa Distribution at IDFA

Member distributors will present a detailed analysis of the releases of various recent films, focusing on audience targeting and theatrical and VOD strategies

“The film business is a people’s business” 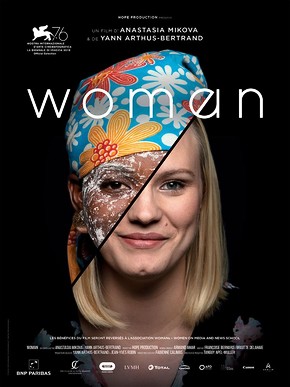 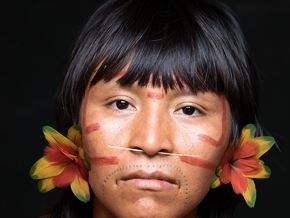 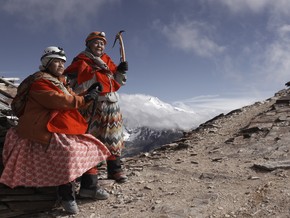