03/09/2019 - VENICE 2019: Chilean-Spanish director Théo Court directs a superb neo-western, set in Tierra del Fuego, about the perversion and misuse of art to serve the indigenous genocide

Alfredo Castro in White on White

The Orizzonti competition of the 76th Venice Film Festival has hosted the world premiere of White on White [+see also:
trailer
interview: Théo Court
film profile], the second feature by Ibiza-born filmmaker of Chilean heritage Théo Court. Alfredo Castro – the Chilean actor who co-starred in the Venice Golden Lion winner From Afar by Lorenzo Vigas – is the lead actor in this sublime neo-western set in Tierra del Fuego at the beginning of the 20th century. Castro breathes life into Pedro, a seasoned photographer whose services have been requested by a plantation owner called Mr Porter. Having only just met the man who has hired him, the portrait photographer grabs his daguerreotype equipment and heads off to Chile’s Antarctic region to snap the landowner’s future wife on the eve of their wedding. However, what he thought was a normal and fairly unremarkable job takes on a new dimension when the protagonist finds out that Mr Porter’s wife is just a girl.

Right from the first encounter between little Sara (Esther Vega) and Pedro – in other words, the moment he takes the photograph of Sara wearing her wedding dress – the artist makes no bones about wanting to immortalise the girl’s aura of purity. The screenplay, co-written by two people – Canary Islander and short filmmaker Samuel M Delgado (who also edited The Hidden City [+see also:
film review
trailer
interview: Víctor Moreno
film profile] by Víctor Moreno) and Court himself – portrays in detail the transformation of this innocent desire into a dangerous obsession.

The days go by and Mr Porter does not show up. Nobody is able to pay him for the photographs he has already taken, yet all the photographer can think about is new angles, backgrounds or garments that will bring out the body and face of his angelic muse. White on White portrays the topic of an artist blinded by his attempts to attain beauty through the subject of his art; in this case, by creating the perfect photograph. Likewise, the universal bond between the artist and his way of relating to the art he produces proves too complex for some people. In White on White, the photographer’s odd behaviour with his boss’s wife-to-be is misinterpreted by the girl’s guardian (Lola Rubio), Mr Porter’s German friend (Lars Rudolph) and the rest of the locals, who inform the plantation owner, hoping that the outsider’s impudence will be severely punished.

Trapped at the very edges of the Earth, and with no rich new clients to take him on, Pedro has to make a deal with the Devil in order to make some money and set sail as soon as possible on the next boat that comes along. His pure and noble art now ends up in the hands of those who practise and revel in evil: the people behind the genocide of the Selk'nam people. In this last third of the movie – which unwittingly strikes up a dialogue with the Lucrecia Martel masterpiece Zama [+see also:
film review
trailer
interview: Lucrecia Martel
film profile] – we witness the process of art being perverted in human hands. The photographer continues to frame his shots with the same precision as always; the only thing that has changed is the subject being photographed. Pedro will stop capturing the beauty of human bodies and will instead document the slaughter of the indigenous people for the good of the Chilean homeland. Teetering on the verge of madness, Pedro turns into a kind of Don Diego de Zama, whose plans to return home are forever delayed for the sake of the genocide.

Spanish-Chilean director Théo Court is now competing in the official section of the 57th Gijón Film Festival with the captivating White on White, shot on the Canary Islands and in Tierra del Fuego

The latest effort by Portuguese maestro Pedro Costa continues raking in the awards, having scooped the top prize at the Spanish gathering, where other European films also excelled

The international critics give their award to Roman Polanski

VENICE 2019: The FIPRESCI Award goes to An Officer and a Spy, the Union of Italian Journalists plumps for Martone, and the Italian critics go for Nate Parker 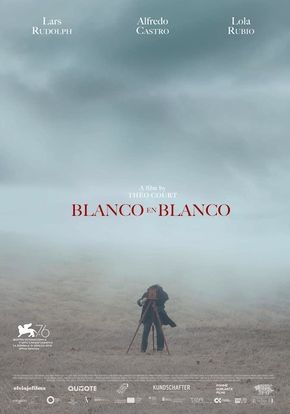 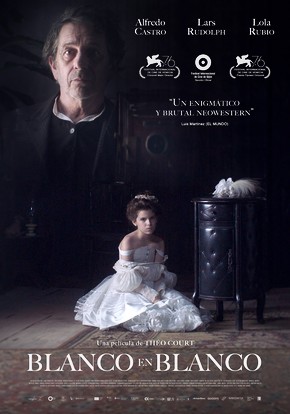 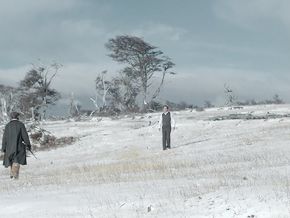