06/09/2019 - VENICE 2019: The new documentary from Andrea Segre centres on the complex industrial area of Marghera, in the pulsating heart of the Venetian lagoon

After presenting the fiction feature The Order of Things [+see also:
film review
trailer
interview: Andrea Segre
film profile] two years ago, Andrea Segre returns to the Venice International Film Festival with his new documentary out of competition, called Il pianeta in mare [+see also:
trailer
interview: Andrea Segre
film profile] and set in Marghera, the location of one of the most important industrial areas from North-East Italy. The film opens on verses from Alberto D’Amico’s 1973 song, Ti sa miga, which describes Marghera as “this place where, some time ago, there was the sea” and where “a planet on fire” fell.

From its very beginning, the documentary presents itself as a beautiful and diverse slice of the teeming life of Marghera, made up of men, women, young people, seniors, Italians and foreigners. Us viewers will get to know them better throughout the film. Segre decides not to use classical interviews, instead preferring to portray his characters directly in action in the context of their everyday lives, catching impromptu conversations from which emerge, from time to time, a touch of irony, a drop of melancholy, a certain nostalgia, a great resilience and, more generally, a desire for redemption for the future of Marghera. The subjects trust the filmmaker and talk with ease and frankness in front of the lens: it’s an important — if not essential — quality for a film of cinematic rather than journalistic ambition such as the one conceived by the Venetian director.

The use of more or less recent archival footage is consistently intelligent and intersects together well with the magistral score by composer Sergio Marchesini, with the direct sound recorded by sound engineer Alberto Cagol, and with the sound editing of Riccardo Spagnol. Their work immerses the viewer, with a polished audio landscape and some very evocative music, into this small microcosm of North-East Italy, and helps the film say a lot when words are not enough. The scenes showing the subjects in action, moreover, are interspersed with diverse details and establishing shots (visually impeccable) depicting some of the more significant elements of the industrial area: the bulldozers in movement, the passing trucks on the asphalt, the greyness and fermentation on the buildings, the unsettling beauty of the lagoon sky with two gondoliers intent on rowing at the beginning of the film, etc.

Finally, another merit worth mentioning: the documentary talks of civil cohabitation and multiculturalism with a rather original tone. Not rhetoric, it opens interesting pathways for reflection through simple elements of everyday life: from a simple phone call with a mother far away, to a conversation about the first course to cook for lunch. Overall, this is a delicate, poetic and comprehensive film: in other words, it does what a narrative documentary should do and does it very well.

more about: Il pianeta in mare

"I did what us documentary filmmakers do: we ask to enter the premises and to stay for an unusually long period of time"

VENICE 2019: We chat with Venetian director Andrea Segre, whose Il pianeta in mare is screened out of competition in Venice

“Places speak to me in an entirely different way”

VENICE 2020: Andrea Segre’s new film is an intimate, melancholy and moving story shot before and during the lockdown period

VENICE 2019: The new documentary from Andrea Segre centres on the complex industrial area of Marghera, in the pulsating heart of the Venetian lagoon 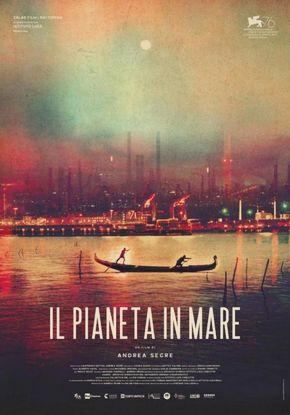 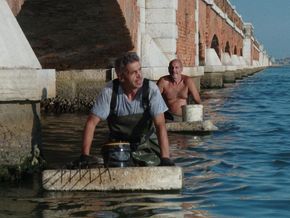 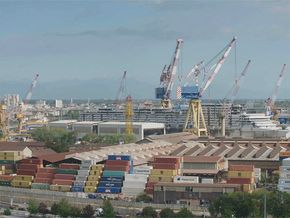 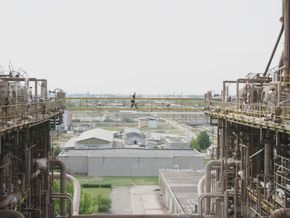