02/09/2019 - VENICE 2019 : Carried by the charismatic Niels Schneider in the role of a man forced to return to the family farm under tragic circumstances, Jessica Palud’s feature debuts gets lost in the way

Niels Schneider and Adèle Exarchopoulos in Back Home

Unbreakable family bonds, disputes stuck in time, guilt of the one who escaped, complicated reunions and rediscoveries: with her first feature, Back Home [+see also:
trailer
film profile], revealed in the Orizzonti section of the 76th Venice International Film Festival, French filmmaker Jessica Palud tackles a particularly common subject, already scrutinised under every angle on the big screen — so much so that it appears difficult to give it any kind of personal signature. However, the topic has a great asset: that of offering viewers a very universal ground for empathy. And the director adds an interesting touch to it (adapting, with Diastème and Philippe Lioret, Serge Joncour’s novel L’amour sans le faire) by setting the story in a rural context, a sociological angle which she attempts to mix with melodramatic intentions in a balance that, unfortunately, the film completely fails to maintain in its final stretch.

When Thomas (Niels Schneider) arrives in the French countryside, in the isolated farm of his childhood, he is welcomed by two strangers: Mona (Adèle Exarchopoulos), the wife of his deceased brother Mathieu, and their very young son Alex (Roman Coustère Hachez). The place is otherwise empty: the cows have been sold and Thomas’ mother (Hélène Vincent) is dying at the hospital, watched over by his father, Michel (Patrick d’Assumçao). Thomas hasn’t spoken to him since 12 years ago, when he left for Canada where he now owns a restaurant, but the reunion of the two men is reduced to the bare minimum (it was his mother who asked Thomas to come). In the suspended time of the farm, reconnecting with his past and his childhood friends Marco (Franck Falise) and Éric (Jonathan Couziné), Thomas will progressively discover the truth about his brother’s death and about the local economic desperation, all the while growing closer and closer to Mona and Alex (whom he looks after like a son). Not the case with the taciturn Michel, and when the mother dies, events escalate dramatically...

Filmed in a way that makes the main characters appear “bigger than life” (something the lead actors benefit from the most, the charismatic Niels Schneider chief among them) and creates an atmosphere full of light — a pleasing contrast to the dramatic content of the story — Back Home touches on many social topics (the debts hanging over farmers, the psychological turmoil that comes with it, the nonexistence of a local future for the population, education, etc.) while delving into family relationships (secrets, love, reconciliation). But the predictable and rather implausible quality of the film’s final part undermines all previous good intentions; it is a shame the director did not maintain the dryness of the storytelling to the end.

Produced by Fin Août Production and co-produced by Auvergne-Rhône-Alpes Cinéma, Back Home is sold internationally by Pyramide.

more about: Back Home 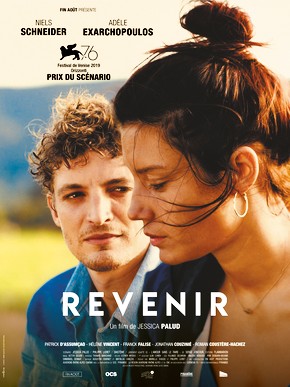 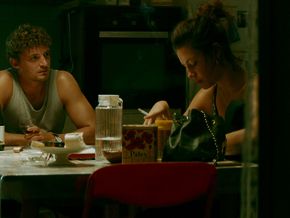 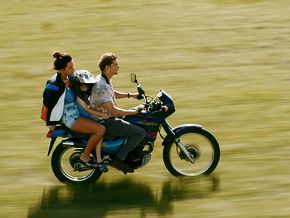