06/09/2019 - With style and great attention to detail, the Swiss-Algerian director Karim Sayad observes the day-to-day of a man wrestling with the dilemmas of his life

Having made his debut with the documentary Of Sheep and Men [+see also:
film review
trailer
film profile], Karim Sayad is making another appearance at the Toronto International Film Festival, in the TIFF Docs section, with his intense, second work My English Cousin [+see also:
trailer
interview: Karim Sayad
film profile], a human odyssey towards the unknown in pursuit of a hypothetical happiness. What does the concept of “home” mean to someone who has decided to leave theirs behind? How do you build a future or an identity in a foreign country as it gradually becomes more familiar? But above all, is it still possible to turn back? Karim Sayad tackles the delicate matter of exile, casting a new, captivating and poetic light on the subject.

Fahed, the director’s cousin, lands in Grimsby, England in 2001, his head full of dreams. Almost twenty years later, in 2018, in the midst of an existential and emotional crisis, he decides to change course and to return to live in Algeria. But nothing goes as planned and doubt soon begins to seep in. It’s a painful decision which Fahed never really comes to terms with - even though he feels it to be necessary and unavoidable - and which is made on the basis of two diametrically opposed options: either he carries on working 50 hours a week, split between a fellow countryman’s kebab restaurant and an electrical appliances factory, or he returns to Algeria, a now idealised nation and new Eldorado in Fahed’s eyes.

In his second documentary, Karim Sayad delivers an intense observation of his antihero’s life, as the latter grapples with the dilemmas which torture his existence; an existence which is slowly losing all meaning. After almost two decades spent in England, a marriage which now seems to be running out of steam and a daily routine consisting of hard work and small pleasures (unmissable meet-ups with friends who are also in precarious employment), Fahed suddenly awakens from a dream which is beginning to turn into a nightmare; not so much for the hardship of his daily life, but rather for the realisation that he doesn’t really belong anywhere anymore. Imprisoned between two cultures - that of England, into which he has fought hard to assimilate (Fahed speaks with an unmistakably northern English accent) and that of Algeria, which he looks upon with nostalgia but to which he can no longer truly reconcile himself - Fahred seems to be living in eternal limbo.

Structured by way of chapters, as if a dramatic work with unexpected offshoots, My English Cousin exposes us head-on to the difficulties of a man cut adrift and fighting to stay afloat. Sayad observes each and every detail of Kahrim’s life, revealing the small but significant nuances, the seemingly fleeting though intense moments of happiness, but also the existential doubts which start out unavowable before building up to a silent cry. “You were different when you were in England. You don’t seem at ease here at all”, Fahed’s bewildered aunt comments following his return to Algeria. Who is Fahed, really? What has he become? Perhaps his identity is reduced to that of an immigrant who has sacrificed everything in the name of a somewhat illusory desire for “integration”? Aided by magnificent long-shots which seem to echo Fahed’s lonely dilemmas, the director doesn’t attempt to answer these questions, but rather he observes a crucial moment in the life of his cousin, taking care to suspend all judgement. The presence of a mysterious fox, meanwhile, is surprising and meaningful, appearing every so often, at night, on the deserted streets of Grimsby. Perhaps it’s a metaphor for the wildness of nature which, though out of place, nevertheless finds a way to survive, as well it should, imposing its very own brand of enriching “diversity”.

My English Cousin is produced by Geneva’s Close Up Films - who are also in charge of international sales of the film – and by RTS.

more about: My English Cousin

"There’s clearly something personal about my films"

Swiss and Algerian filmmaker Karim Sayad talks to us about his latest work My English Cousin, which is screening in Toronto's TIFF Docs section

The selection committees for the different Swiss film-funding institutions, such as the FOC, Cinéforom, the Zurich Film Foundation and several other canton-specific bodies, took place in March

With style and great attention to detail, the Swiss-Algerian director Karim Sayad observes the day-to-day of a man wrestling with the dilemmas of his life 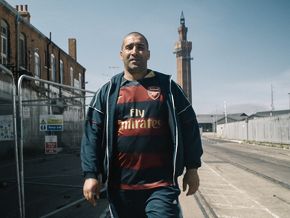 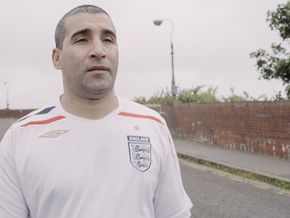