03/09/2019 - VENICE 2019: For her fourth film, Haifaa al-Mansour delights in showing signs of progress being made on gender equality in Saudi Arabia

It was at the Venice Film Festival in 2012 that Saudi director Haifaa al-Mansour announced herself to the world with her debut film, Wadjda [+see also:
trailer
film profile], the first movie to be made entirely in Saudi Arabia. Now she's back on the Lido, but this time in the competition, with her fourth feature film, The Perfect Candidate [+see also:
trailer
interview: Haifaa al-Mansour
film profile].

It says a lot about the changes that have been made in Saudi Arabia that back in 2011, Mansour had to shoot her first film clandestinely. She hid camera equipment in the back of a van to avoid the ire of the authorities. Fast-forward a few years, and the changing times (and battles still to be fought) can be seen in the character of Maryam (Mila Al Zahrani), the pulsing heart at the centre of Mansour's bold film.

Even when someone is in hospital, it doesn't stop them from practising sexism. A sick male patient demands to have a male doctor treat him when he discovers that Maryam is not another nurse, but his doctor. Maryam's father, Abdulaziz (played by underground folk singer Khalid Abdulrhim), is a liberal-minded musician who has always encouraged his daughters to chase their dreams. But that's pretty hard when society has put up many barriers to prevent you from doing so.

Maryam can't even get onto a flight to Dubai, as her paperwork isn't in order. In Saudi Arabia, guardianship laws dictated that women needed permission from a close male relative to travel abroad. The problem for Maryam is that her dad is away on tour. Her attempt to get an administrator to sign her papers ends with her signing up to run for municipal council.

It's the kind of twist that would happen in an old Hollywood studio movie, and The Perfect Candidate has a light-hearted tone that pushes a family-entertainment vibe. It takes on significant issues, but in a way that is illustrative, rather than combative. One advantage of the softly, softly approach is that the recent revocation of the guardianship laws by the Saudi government doesn't change this film. That's because The Perfect Candidate does not set out to be a polemic against a single law or a diatribe against gender inequality, but an observation on how sexism works.

As a candidate, Maryam feels very of our times. She only has one policy: to fix a road outside the clinic, but in her favour, she has excellent social-media savvy and a certain appeal as being the candidate of change. Mansour shows the limits of that appeal when a political event for women, which feels like a big success, ends with plenty of females saying they will not vote for Maryam.

The film contains several smart observations about patriarchy. It points out that sexism isn't just caused by overbearing men setting rules, but is also upheld by inaction. The father is happy for his daughters to effect change, but he also has a degree of self-interest and a peer group that stops him from actively pushing for change himself. When his daughter calls in need of his help, he doesn't want to stick his neck out, especially when he is in with a chance of joining the Saudi national band. Mansour doesn't cast moral judgements; she simply raises the question.

The nuances of the script are not matched all the time by the filmmaking. There are some ugly images, and for a film with a musician as a major character and plenty of great diegetic Arabic tunes, the editing curiously lacks a narrative beat. The movie sometimes stutters when it should soar. Nonetheless, it's easy to see why festivals are clamouring to show The Perfect Candidate.

The Perfect Candidate was produced by al-Mansour’s Establishment For Audiovisual Media (Saudi Arabia) and Germany’s Razor Film, in cooperation with Norddeutscher Rundfunk.

more about: The Perfect Candidate

We caught up with Mika Siltala, of Finnish distribution company Cinema Mondo, to discuss how they managed to survive throughout the lockdown

The British distribution company’s initiative will involve 22 different venues, located across the UK and the Republic of Ireland

VENICE 2019: For her fourth film, Haifaa al-Mansour delights in showing signs of progress being made on gender equality in Saudi Arabia 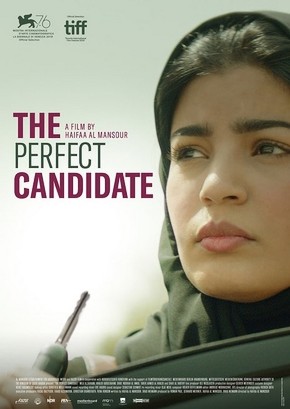 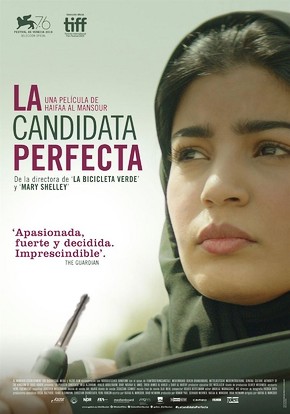 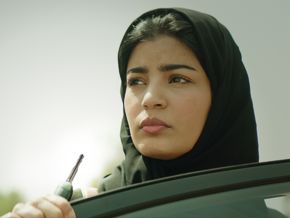 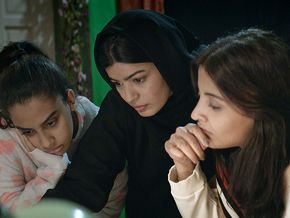 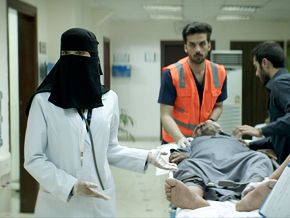 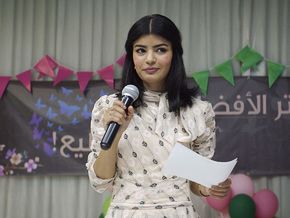 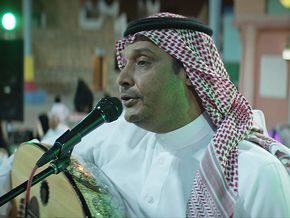