06/09/2019 - Fascinated by underground idol Elina Löwensohn, Italian first-time director Chiara Malta decides to play with reality and fiction while questioning the objectivity of the truth in cinema

Paris-based Italian director Chiara Malta has written and directed many shorts in which she mixed various forms of narration, including documentary and animation, and her feature-length documentary Armando and Politics opened the 2008 Turin Film Festival. Simple Women [+see also:
trailer
film profile] is her debut feature-length fiction film, and its world premiere opened the Discovery section of the 44th Toronto International Film Festival.

On Christmas Day 1989, young Federica suffers her first epileptic seizure while she’s watching the trial and execution of Nicolae Ceaușescu and his wife Elena on television with her family. Having always had a passion for cinema, as a teenager Federica adores watching Hal Hartley's Simple Men, and she’s fixated on Elina Löwensohn, who plays the role of Elina and also suffers from epilepsy on screen.

Adult Federica (Jasmine Trinca) is now a director living in Rome, and by chance, she meets her teenage idol, who is visiting the city for a few days. After spending some time with Elina, Federica asks her to be the protagonist of a film about her life that would be shot in Bucharest. The Romanian actress is initially hesitant, but then agrees to embark on this unexpected journey. However, things do not go as expected, as the real Elina has nothing in common with her film roles, and Federica slowly starts to crack under pressure. Soon enough, the true characters of both women are revealed, and after an epileptic fit, Federica’s perception of reality is altered, and this will change everything about her film and even herself.

The idea behind the script, which was co-penned by Malta along with Sébastien Laudenbach and Marco Pettenello, is loosely based on her own personal encounter with Löwensohn years ago. At that point, the director realised for the first time that this icon of American underground cinema was Romanian, and her phrase “I’m not who you think I am” became the initial spark for Simple Women, a clear reference to Hartley’s film. Through this semi-realistic story, about a director who has a complex and problematic relationship with her lead actress, the movie’s intention is to play with two aspects of the same person. In this case, the “real” and the fictional Löwensohn are juxtaposed, and both can be deceptive at the same time.

It’s courageous for Malta to follow this non-conventional form of narration, and to enhance her reality with so many layers of real-life elements but embellishing them with magical realism. The director decides to be playful with her characters – not only with Elina, but also with Federica, whose character is based on the helmer herself. It soon becomes difficult to distinguish where truth and fiction meet or are kept apart, especially when they are both sides of two very different, yet “simple”, women who must coexist.

All of these meta-references and Löwensohn’s captivating presence work perfectly as the film’s premise, although as the narrative evolves, there is a certain feeling of repetition and an attempt by the director to justify her mischievous choices. There are certainly moments when the characters that supposedly mirror each other are in conflict, but in many cases, this is more of a stylistic choice, rather than a contextual result, giving the viewer the feeling of admiring a collage of unconventional moments that question the objectivity of the truth.

Fascinated by underground idol Elina Löwensohn, Italian first-time director Chiara Malta decides to play with reality and fiction while questioning the objectivity of the truth in cinema 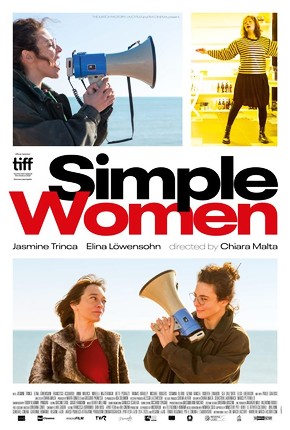 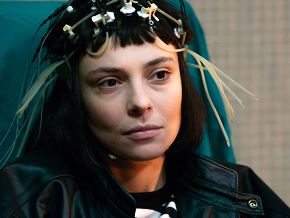