06/09/2019 - Atiq Rahimi explores the bonds between violence and the sacred through the roots of the Rwandan genocide in 1973, in the world of seemingly innocent privileged young women

They are supposed to “become good citizens and good Christians”, but they will be caught in the whirlwind of a story of earth and blood at the heart of Africa. With Our Lady of the Nile [+see also:
trailer
film profile], unveiled in world-premiere as the opening film of the Contemporary World Cinema section of the 44th Toronto International Film Festival, Franco-Afghan filmmaker Atiq Rahimi has chosen an original angle to approach the topic of the Rwandan genocide of 1994, already explored many times on the big screen (Hotel Rwanda [+see also:
film review
trailer
interview: Don Cheadle
interview: Terry George
film profile], Shooting Dogs [+see also:
trailer
film profile], Munyurangabo, etc.). In adapting (together with Ramata Sy) the eponymous novel by Scholastique Mukasonga, the director of Earth and Ashes and The Patience Stone [+see also:
film review
trailer
film profile] has decided to go back to 1973, to the roots of the interethnic violence which would cause, 21 years later, the death of more than 800,000 people in the “country of a thousand hills”. An onslaught of barbarity which the film also connects to the colonial past of a land whose sublime and peaceful jungle is also an area of volcanoes, echoing the young women at the centre of the film whose innocence will be sacrificed on the altar of hate.

Hidden in the wilderness, the catholic institute Notre-Dame du Nil (Our Lady of the Nile), directed by a European nun, is a National High School educating the children of the Rwandan elite. Daughters of ministers or Army Chief of Staff, adolescents already courted by ambassadors, the young students (who share a dorm room) are obliged to speak French and not Kinyarwanda. They are taught the History of the Old Continent and good manners, and their everyday life is punctuated by mass and processions nearby, by a waterfall, to the statue of Notre-Dame du Nil (Our Lady of the Nile), a Virgin Marie sculpted as an African woman. Also living close by is “the White man”, Fontenaille (Pascal Greggory), who runs a plantation and is very interested in local legends, in particular those of the ancient Tutsi kingdom. An ethnic question which also interferes in the organisation of the high school (a quota gives 10% of the spots to Tutsis) and which intrudes more and more in the lives of the boarding students, in particular those of Virginia (Amanda Santa Mugabekazi), Modesta (Belinda Rubango Simbi), Veronica (Clariella Bizimana) and Gloriosa (Albina Sydney Kirenga). The latter starts manipulating the others and telling lies about the Hutus (“the majority population”), opening the door to a “devil” (“hit me, you are not worthy of the Hutu bloodline, you cockroach”) and to a propaganda echoing through the highest levels of the country, awaking belligerent spirits… A storm is coming…

Divided into four parts (“Innocence”, “Sacred”, “Sacrilege”, “Sacrifice”) preceded by a very beautiful prologue, Our Lady of the Nile makes the best of natural decors and of the work of Director of Photography Thierry Arbogast, weaving a story that unfolds on two levels. The first offers beautiful portraits of young women (who are nevertheless sometimes hard to tell apart due to their identical school uniforms) preoccupied with the worries of their age, and who will progressively slide into darker territory. The second level is a historical echo chamber highlighting the colonialist background of contemporary tensions and symbolically drawing from the fundamental principles of religious wars and nature spirits. Atiq Rahimi (who, for the first time, is not adapting one of his own novels) also varies the stylistic treatment of the story, remaining in realism without falling into naturalism, all the while inserting dreamlike, sometimes almost lyrical, moments. The ensemble is both classical and original, and instructive about the way an angelic world can progressively turn into a nightmare.

Produced by French companies Chapter 2 and Les Films du Tambour, Our Lady of the Nile is sold internationally by Indie Sales.

more about: Our Lady of the Nile

BERLINALE 2020: My Name Is Baghdad received the Grand Prix of the international jury in the 14plus section, while The Wolves won it in the Kplus section 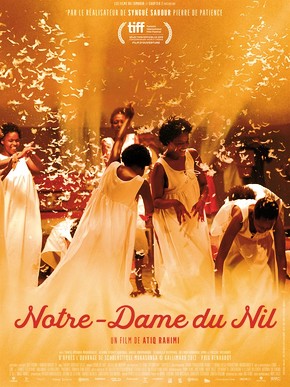 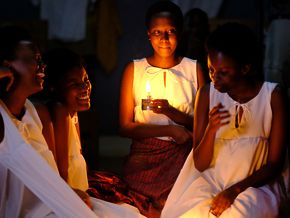 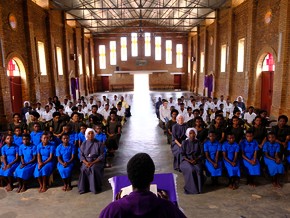 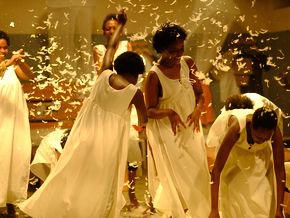 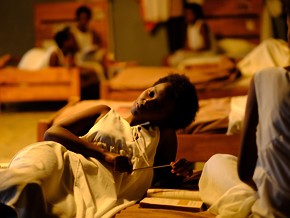 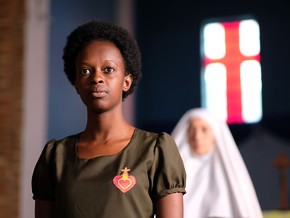 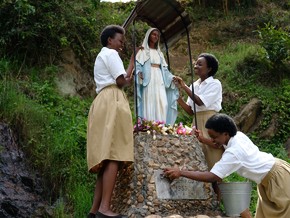 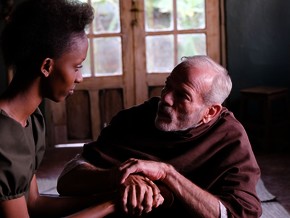 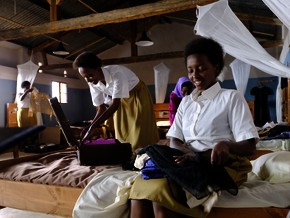 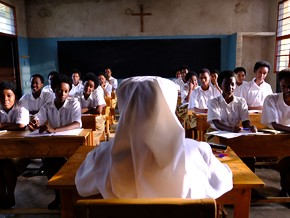 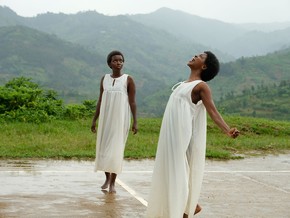