08/09/2019 - France’s Alice Winocour puts her name to an original and very well-executed film on space exploration, painting a portrait of a female astronaut and her daughter

"Mummy, are you going to die before I do?" It isn’t particularly surprising for a parent that an eight-year-old girl might ask this question. But given that her mother is an astronaut chosen to take part in a year-long space mission, making her way to the International Space Station (ISS) by way of a Soyuz rocket, the child’s query strikes an urgent emotional chord. Such is the original angle that has been taken to tackle the space adventure genre by French director Alice Winocour and her film Proxima [+see also:
trailer
interview: Alice Winocour
film profile], which just had its world premiere in the Platform competition of the 44th Toronto International Film Festival and which will soon be hotfooting it to the 67th San Sebastian International Film Festival in pursuit of the Golden Shell.

Whilst American cinema has focused its gaze on the spatial horizon many a time, often involving copious special effects and XXL scales of heroism, its European counterpart has very rarely ventured into the domain, out of either a lack of resources, ambition or imagination. Blessed with these last two qualities and naturally drawn to scientific questioning, as shown by her two most recent feature films (Augustine [+see also:
film review
trailer
film profile], centred on Charcot’s research into hysteria, and Disorder [+see also:
film review
trailer
interview: Alice Winocour
film profile], revolving around Post Traumatic Stress Disorder, two films discovered in Cannes in 2012 and 2015 respectively), Alice Winocour has also succeeded in overcoming certain material obstacles, manoeuvring in order to film Proxima on the premises of the ESOC in Darmstadt (the centre responsible for the monitoring and control of European Space Agency missions), on those of Star City (the Russian astronaut training centre) and in Kazakhstan’s Baikonur Cosmodrome (the Soyuz rocket launch site). It’s an immersion into reality which lends a great deal of consistency to the storyline (the screenplay was written by the director, with the help of Jean-Stéphane Bron).

"I always wanted to be an astronaut". French national Sarah (Eva Green) is over the moon when she’s chosen for the Proxima mission, alongside American Mike (Matt Dillon) and Russian Anton (Aleksey Fateev). This, however, will require her gradually cutting the cord with her daughter Stella (Zélie Boulant-Lemesle), a sensitive child with one or two problems at school, whom Sarah will have to leave in the safe hands of Stella’s German father and her own estranged partner, astrophysicist Thoma (Lars Eidinger). A colleague, Wendy (Sandra Hüller), has agreed to act as a go-between for the mother and daughter, both during Sarah’s weeks of training in Star City (which are very tough, both physically and mentally) and for the duration of her quarantine in Baikonur ahead of take-off. On embarking upon this mission, Sarah must not only prove herself in the eyes of her co-workers, in an environment teeming with machismo, she must also wrestle with her guilt as a mother.

A striking and almost documentary-like plunge into the world of simulation exercises (where a centrifuge accustoms participants to accelerations of up to 9G; where lifesaving drills involve swimming to the bottom of a gigantic swimming pool while wearing a full diving suit, recreating the weightlessness of space; where astronauts familiarise themselves with an upside-down world and with ultra-high-tech equipment; and where state-of-the-art medical monitoring is the norm, etc.), Proxima avails itself of the novel-like mother-daughter relationship, using it as a central thread to create a captivating and visually accomplished film which is also, in some respects, a feminist manifesto, but which is equally a demonstration of the admiration the filmmaker feels, on a very human level, for a totally extraordinary professional vocation ("I’ve been training to leave Earth for so long, but now that it’s time to go, I’ve never felt so attached to it").

Produced by Dharamsala and Darius Films, Proxima was co-produced by German outfit Pandora Film, France 3 Cinéma and Pathé, who are also heading up international sales.

“You can be a good mother and a good astronaut”

The feature, starring Mark Strong and Eva Green among its lead actors, follows a fashion designer who suffers from a mysterious illness

Ana Girardot, Cédric Kahn and Noémie Lvovsky are also cast in the second feature from Isabelle Brocard, produced by The Film, sold by Orange Studio and currently shooting

Virginie Efira and Benoît Magimel lead the cast of this new feature film by the French director, a work produced by Dharamsala and Darius Films, and sold by Pathé 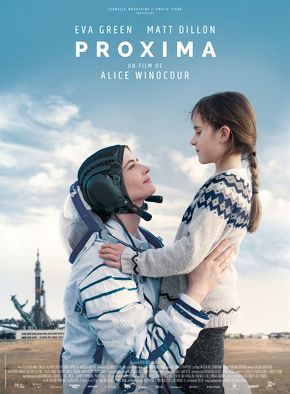 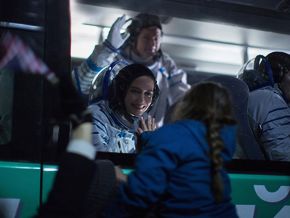