Considering how difficult the life of a soldier obviously is, one can easily imagine that the wives and partners of those men and women in combat may not feel like they are allowed to complain. Their feelings of loneliness or worry, though intense and constant, could appear selfish or even childish next to the total selflessness of those ready to put their lives on the line for their country.

This perception could explain why, at the beginning of Peter Cattaneo’s Military Wives [+see also:
trailer
film profile] – which premiered in the Special Presentations strand of the Toronto International Film Festival – the UK military base the film is set in does not have any kind of programme or activities in place to occupy those lonely women while their partners are away. Practically left alone by the organisation they married into, most of them spend their days taking care of the children. But when the kids grow up, as Lisa’s (Sharon Horgan) rebellious teenage daughter Frankie (India Ria Amarteifio) has, the days get long and the constant hum of anxiety louder.

Recently put in charge of organising new activities for the women, the irreverent Lisa imagines movie nights involving great doses of alcohol and junk food. Better than nothing, but her plans are soon derailed by the great ambitions of Kate (Kristin Scott Thomas). Organised and proper, she cannot see the fun in getting wasted with your friends – and there is no point in the film where she ever does. Indeed, the most refreshing aspect of Military Wives lies in the way it does not judge, condemn or fix any of its characters’ personalities. Lisa remains fun and laid-back throughout, and Kate never fully loosens her collar. Rather, as the two women fight for the control of the operation and, little by little, essentially come to work together, they learn to recognise each other’s strengths as well as their own weaknesses.

After several false starts and doomed projects, they land on the idea of a choir that would adapt to the abilities of all willing participants. Kate’s classical-music sheets are soon replaced by Lisa’s recorder and pop hits, but both women are essential in motivating the singing troops. The film regularly stops on a few of those women, showing the way each one of them deals with fear, and though they form a homogenous group in the choir, their individuality shines through in a way it did not before.

Military Wives is no laugh riot, but its refreshing realism (the women are brash and funny – in short, real) does allow for a few flashes of really good jokes. Credit for this should probably go to Sharon Horgan, who co-wrote the hilarious and devastating show Catastrophe, and co-writer Rachel Tunnard, whose film Adult Life Skills [+see also:
trailer
film profile] echoes Kate’s arc. That 2016 independent film centred on a grieving woman in denial, struggling to face her new reality – just like Kate, whose young son died in combat just a few months prior. He is the reason she wanted to create the choir at all – to give herself something else to think about. Of course, her denial as well as Lisa’s own, will reach their breaking point at the most inopportune moment – the film fully embraces its commercial nature and rolls with it. But with Thomas and Horgan in the lead roles, the many confrontations between the two characters create real sparks and the film sticks the landing. Brits who might already be familiar with the story of this choir who came to have a number-one single in the UK charts may notice the few liberties taken in this dramatisation, but Military Wives nevertheless succeeds in striking a pleasant balance between the frankly inspiring and the refreshingly humble.

Military Wives is a UK production staged by 42, Tempo Productions Limited and Ingenious Media. Its international sales are handled by Embankment Films.

The CEO of the French distribution company discusses the secrets behind France’s “very creative, vivid and risky” market 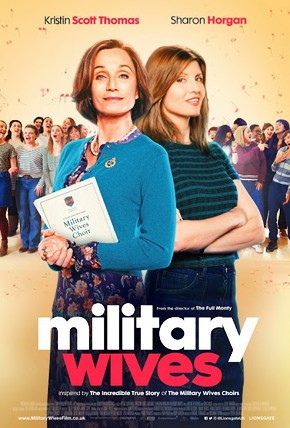 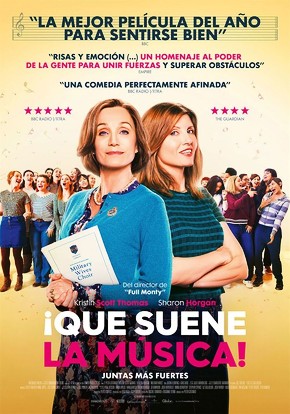 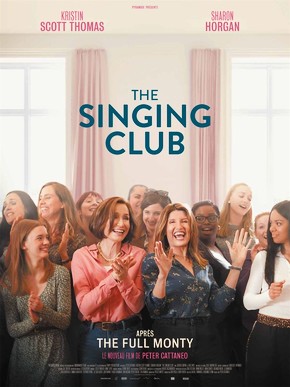 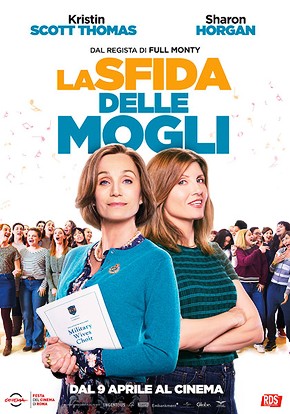 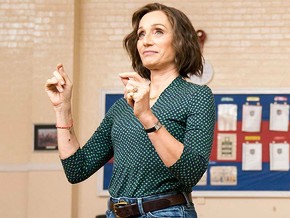 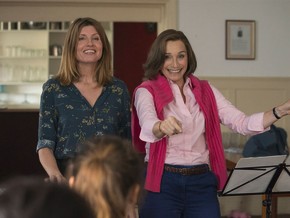