Los Angeles-based Kosovar writer-filmmaker Antoneta Kastrati, a survivor of the 1999 war, has directed a series of socially relevant documentaries on post-war Kosovar society, alongside her sister Sevdije Kastrati. ZANA [+see also:
trailer
interview: Antoneta Kastrati
film profile] is her feature-length debut, which had its world premiere in the Discovery section of the 44th Toronto International Film Festival.

Ten years after the war, in a small village in the west of Kosovo, Lume (Adriana Matoshi) lives with her husband Ilir (Astrit Kabashi) and her mother-in-law Remzije (Fatmire Sahiti). Lume is experiencing relentless night terrors and is under constant pressure to get pregnant, especially from Remzije, who threatens to “replace” her with a younger and more eager model. Living a never-ending life of neglect, Lume is forced to stray away from modern medicine, instead seeking the help of local witch doctors and famous televangelist mystic healers who promise to cure her infertility. During that process, and while trying to conceive, Lume’s well-hidden post-war traumas return to the surface and the family will start to question her mental and psychological state.

The essence of ZANA is captured by the powerful yet subtle performance of rising star Adriana Matoshi (The Marriage [+see also:
film review
trailer
interview: Blerta Zeqiri
film profile]), who transforms the personal, inner story of one woman into a universal tale as all of the elements of her character unfold. Lume seems to be surrounded and abandoned by everyone while still battling to cope with her traumas; no one is willing to stand by her and empathise with her emotions, not even her mother. Not seeking help to move on from the past experiences that continue to haunt her life, she’s considered “inefficient” at fulfilling her sole duty. Meanwhile, the demands put upon her pile up.

In the face of Lume, an entire generation of living, unseen victims of a war which marks its 20th anniversary this year is revealed to us. Using as a preface the very real social drama of a rarely seen rural Kosovar society, the heroine comes to symbolise the unknown and very well-hidden sufferers of PTSD who must endure their pain in silence.

The whole story is seen through Lume’s eyes, and while we would expect the constant pressure and anxiety she experiences to lead to a mental and physical explosion, Lume remains quiet and calm, almost as if observing the various aspects of her life from afar. Instead of engaging in conflict, she obeys, and instead of shouting out about injustice, she whispers. The delicate balance between her inner and outer suffering will be dismantled when healers and witch doctors enter onto the scene, altering her state of mind forevermore. Every step towards this emotional darkness will see her inner psyche deteriorate ever further.

Kastrati, who co-penned the script with Casey Cooper Johnson, dealt with the mystical world in her documentary Seeking Magic and in her short Kofja e Zbrazet, which works as a precursor to ZANA, as it explores a similar subject. She doesn’t condemn this world outright, because it indirectly exorcises her and her sister of their own, personal war story, which is blended with strong elements of social drama before being bravely delivered to the audience. Through Sevdije Kastrati’s lens, the whole experience becomes even more immersive, and almost elegiac, as she follows Lume in every changing step. ZANA is a convincingly emotional and tender debut, which balances the sensitivity of motherhood and the brutality of war in a country that is still haunted by the spirits of the past.

“As a community, we have not processed any of the war traumas in depth. We had to move on; perhaps it was the only way”

We sat down with Kosovar director-scriptwriter Antoneta Kastrati to discuss the background to her Toronto-screened debut feature, ZANA 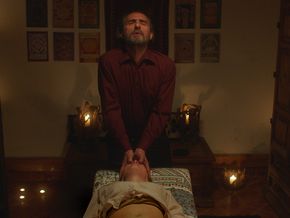 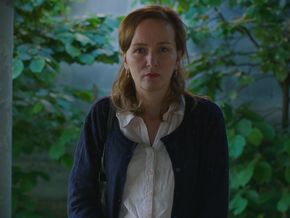 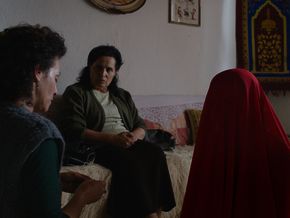 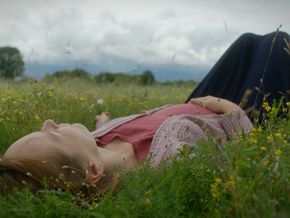 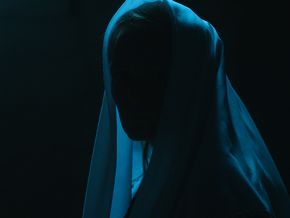