10/09/2019 - VENICE 2019: Didi Gnocchi and Carolina Rosi have teamed up to make a personal, passionate, at times dense, but multifaceted documentary on an exceptional Italian filmmaker

The wonder years in Italian post-war cinema came with a boom, propelling the talents of Rossellini, De Sica, Visconti and Fellini out into the world. A little later, around 1960, a vital wave of young directors emerged, several of them playing an active part in the political discourse of their dramatically transforming country. Among the most outstanding were Paolo and Vittorio Taviani, Ermanno Olmi and Francesco Rosi, to whom this personal and multifaceted documentary is devoted. Directed by renowned journalist-historian Didi Gnocchi together with Carolina Rosi, the director’s daughter, Citizen Rosi [+see also:
trailer
interview: Carolina Rosi and Didi Gnoc…
film profile] opened out of competition at the 2019 Venice International Film Festival.

This is not your run-of-the-mill celebratory artist documentary with talking heads showering the subject with fluffy praise. Firstly, that would be awkwardly unbecoming to the rugged pillar of integrity its main subject comes across as (“Andiamo avanti!”, or “Let’s move on!”, was his stock phrase, “his idea of how to deal with life in private and at work”, Carolina’s voiceover tells us). Secondly, as father and daughter Rosi jointly decide, this is a documentary from the viewpoint of Rosi’s cinematic contribution, aiming to tell the story of recent Italian history – five decades in all. Thirdly, the film is also partly about its own genesis. We see Carolina and Francesco watching his works together, picking clips, discussing which people should comment on which films, arguing, laughing and, at times, agreeing. A camera is placed by the couch, capturing this lively scenario of true quality time between dad and offspring – heartfelt and sweet.

Then Francesco passes away in 2015, and Carolina takes on the role of the lone cicerone, fulfilling the mission with passion and dignity. Titles such as Salvatore Guiliano, Lucky Luciano, Illustrious Corpses, Hands Across the City, The Mattei Affair and Christ Stopped at Eboli are given moderate, if adequate, attention as the great classics many of them doubtlessly are. On the other hand, they are subject to extensive scrutiny from various civic and political perspectives. Interviewed subsequently are, rather than cinema celebrities, different representatives of law, journalism and academics, placing the films in a historical-topical context. With a running time of a little over two hours, these dissertations are given a dense and, at times, overwhelming scope. Citizen Rosi (the film and the filmmaker) expects a sharp observer, and those up to the challenge will find a rich source of information here.

While visiting or revisiting the exceptional cinema of Rosi’s generation, one is regularly reminded of the significant sense of ambiguity that the films stimulate and provoke within the viewer, a quality not found as easily in current, more black-or-white, fare. These movies played in regular cinemas, domestically and internationally, and could draw sizeable audiences outside the arthouse community. It must have been a truly amazing time to make films, as well as going to them.

A selection of Italian documentaries dedicated to film-related professions are dropping on the Audiovisiva platform, on the occasion of Fare Cinema’s fourth edition

VENICE 2019: Didi Gnocchi and Carolina Rosi have teamed up to make a personal, passionate, at times dense, but multifaceted documentary on an exceptional Italian filmmaker

The international critics give their award to Roman Polanski

VENICE 2019: The FIPRESCI Award goes to An Officer and a Spy, the Union of Italian Journalists plumps for Martone, and the Italian critics go for Nate Parker 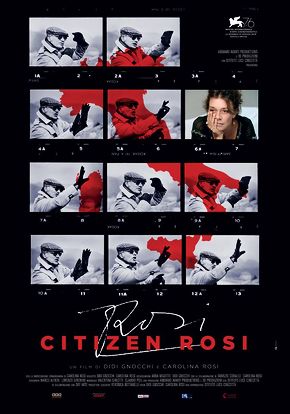 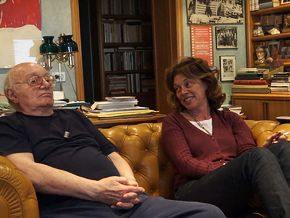