"Exile is a liar, it draws you in with its grand, illuminated avenues (…) It doesn’t care whether you’re injured, deceived, unwell or exhausted. It will delude you. When the fire of destitution eats away at you, fear takes a hold of your life". The Eiffel Tower is, indeed, a long way away, far off in the distance and nestled beneath a gloomy sky, for the street-dwelling migrants in Hind Meddeb’s documentary Paris Stalingrad [+see also:
trailer
film profile], a film which was presented in a world premiere within the TIFF Docs line-up of the 44th Toronto International Film Festival, following its initial unveiling during the Cinéma du Réel film festival, held in springtime this year.

"Police raids on refugee camps are becoming increasingly frequent; increasingly violent too (…) What do we do when an openly hostile national policy towards foreigners unfolds before our very eyes? I’ve decided to film events in order to record them, and to show what my town is inflicting upon its new arrivals." It’s summer 2016 in the French capital and the director’s voice-over sets the tone for the approach she will take as she follows the migrants crowding into the Parisian district of Stalingrad, living in a tangle of tents or lying on the pavement on top of cardboard boxes. Having often been forced to leave their countries against their will and arriving in Paris at the end of a long and dangerous journey ("a person without problems wouldn’t come here. No-one would choose to leave their mother and father and come here to sleep in the street and live in pain. No-one would choose to risk their life crossing the desert and the sea"), they then find themselves caught between the hammer of the police, methodically destroying their makeshift settlements and the anvil of the nigh-on inaccessible administrative bodies (migrants must register with the national authorities before applying for asylum, and this is already a battle in itself). In this mire of stagnant chaos, the goodwill of volunteers looking to offer advice, distribute food and find emergency accommodation for the needy is a drop in the ocean. But despite the deep-rooted feeling that they’re “undesirables”, and the fact that they’re often treated like animals, the migrants stand strong, together, and keep the faith ("we’ve become disillusioned. There’s not a single day goes by in Europe where we don’t suffer some form of humiliation. And what does your heart tell you? It implores you to hold strong"), as does 18-year-old Soudanais Souleymane, a writer of poems who has stayed the course since 13 years of age, coming by way of the Tibesti Mountains gold mines, located between Chad and Libya ("if you ask for what’s owed to you, they tell you you’re a slave; they kill you"). His exile in Paris is continued in Nancy, a town he travels to alone when the French State decides, at the end of October 2006, to “safeguard” the 4,000 individuals identified to be living in Stalingrad camps at that time, by ordering the City of Paris to erect kilometres of metal fencing to deter rough sleepers ("the defence of our borders is now played out in the heart of the city").

Alternating direct, reportage-style camera shots with sequences following Souleymane’s wanderings through the city – which are punctuated by recitals of his poems - and with voice-overs kindly filling in the blanks, Paris Stalingrad doesn’t tell us anything that we don’t sadly already know about the vagrant lives of migrants. The documentary does, however, offer an engaged, empathic and distinct voice on the hopes and day-to-day existence of these beings who have been left to their own devices in the very heart of a "City of Light". Here, life goes on, “business as usual”, with the blessing of the authorities who drive this misery ever further north towards the upper reaches of the capital. And, as if this weren’t enough, as stressed by the director, "since the spring of 2017 and for the first time in its history, the French State has been deporting migrants back towards the Sudan, Afghanistan and Somalia; countries where the lives of these deportees are in danger." 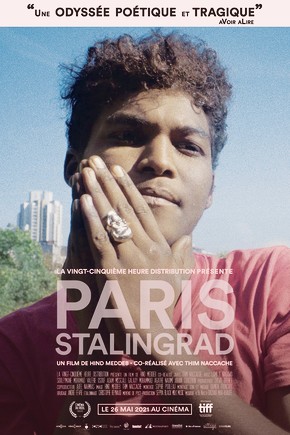 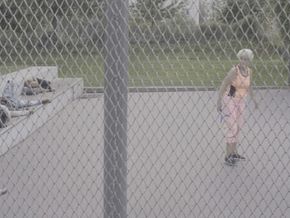 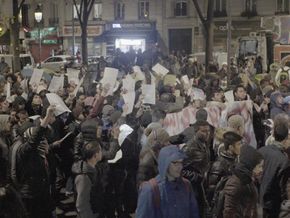 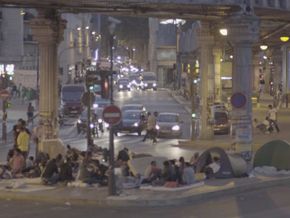