12/09/2019 - Karl Markovics tries to address guilt and remorse in his story about the fateful encounter between a refugee and an Austrian pensioner, but follows patterns that are too familiar to make an impact

Having had its world premiere in the Contemporary World Cinema section of the Toronto International Film Festival, Austrian actor-director Karl Markovics’ Nobadi [+see also:
trailer
film profile] offers a microscopic glance at the life of an embittered old man with a murky past and a young refugee caught between prejudice and desperation. While Markovics endeavours to tell a compelling tale, his story ultimately suffers from trying to include too many angles and overly relying on worn-out plot points.

Set in a tiny allotment in Vienna, the film kicks off with a tragic death. The deceased is the dog of cranky old Heinrich Senft (Heinz Trixner), who decides to bury his pet in the backyard. But while digging a hole, his pick breaks, and he sets off to buy a new shaft. This is where he meets a young Afghan refugee (Borhanulddin Hassan Zadeh, himself a refugee who came to Austria in 2012) who calls himself Nobadi, a phonetic approximation of Nobody, the name he was given in his camp. As we later learn, “Nobody” was also a nickname for the mythical Odysseus, who traversed the seas for decades trying to find his home after the Trojan War, foreshadowing some of the heavier symbolism that Markovics will deploy.

The young man with a mysterious limp agrees to dig the hole for €3 an hour. What follows is a familiar old tune without any fresh meat to dig into. Old Senft has to confront his bias in a parade of cookie-cutter confrontations revolving around prejudice. Whether it’s a debate about eating pork, Nobadi’s mobile phone or a suspicion that he has stolen money, Markovics neatly checks off all of the classic talking points to be expected.

With Senft warming up to Nobadi, the plot shifts its focus towards the Afghan’s rotting leg and the frantic attempt to amputate it while circumnavigating possible deportation. Switching from a lesson in international understanding to a gory showdown, the film lacks the necessary build-up in order to effectively present its main topics of societal desperation, remorse and forgiveness. This misstep is mainly rooted in the design of its protagonist. Senft transitions from a closed-minded man to someone haunted by guilt and crippled by the need for redemption without the necessary build-up.

As he tries to obtain medication for Nobadi’s amateur surgery, he goes to extremes that seem more dictated by the needs of the script than the story’s natural flow. When his patient talks about his time working in a camp in Afghanistan, Senft reluctantly admits to having also been stationed at a camp before. The question of what kind of inmates he was guarding turns out to be superfluous. But besides raising questions about how old Senft would have to be in 2019 to have worked as a supervisor in the 1940s, Markovics also uses this dark past like a provocative statement about certain parallels, rather than really digging into the nub of the subject and embedding it in the plot.

It is hard to pinpoint the most prominent message of the film, as it tries to encompass the whole range of historic Austrian guilt of the past and the present. By presenting a string of moral lectures and a downward spiral of aggression, the movie ultimately fails to feel real and plays more like a textbook cautionary tale.

Nobadi was produced by Austrian outfit EPO-Film Vienna and is sold internationally by Germany’s Beta Cinema.

Karl Markovics tries to address guilt and remorse in his story about the fateful encounter between a refugee and an Austrian pensioner, but follows patterns that are too familiar to make an impact 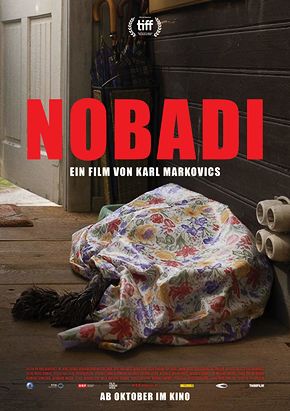 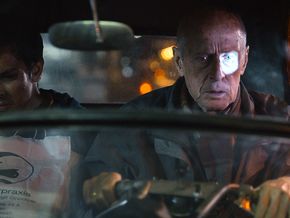 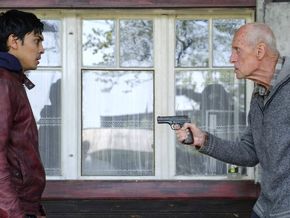