Director Sarah Gavron and writers Theresa Ikoko and Claire Wilson took the unusual approach of asking the young cast of mainly non-professional actors to contribute to Rocks [+see also:
trailer
interview: Sarah Gavron
film profile], a gripping film about female friendship set in Hackney, East London. Through months of workshopping, the actors' real-life stories and their vernacular found their way into this stupendous script. There are heavy themes, but that doesn't stop it from being a fun adventure that delves deep into the angst that comes with being a teenager. Rocks is a British film that should make a lot of noise following its debut in the competitive Platform section of the Toronto International Film Festival and its screening in the Golden Shell Competition at the San Sebastián International Film Festival.

The picture gets its title from the nickname of the principal protagonist, Olushola (Bukky Bakray), who became more commonly known as Rocks because she was so raucous. It's an apt description for both the character and the film because both are exuberant, audacious and loud – in a good way.

Rocks is having a tough time of it at home, as her mother has left her a note telling her to look after her younger sibling. Her mum, recently made unemployed, can't cope with the stresses of life and writes that she'll be back in a few days. From Rocks’ reaction, it's clear this has happened before, so she's not overly concerned. And so Rocks, through no choice of her own, carries the weight of the world on her shoulders. Her situation is made worse by her refusal to alleviate the stress by airing her problems. Rocks' big fear is social services finding out that she's living with her brother without an adult supervisor.

That's the backstory to a film about growing pains and a friendship triangle. Rocks is torn between her best friend Sumaya (Kosar Ali) and the new kid on the block, Roshé (Shaneigha-Monik Greyson), who arrives on the scene like a hurricane. Roshé offers escapism, whereas Sumaya wants her troubled friend to confront and unload her problems so that others can understand and help. But as so often happens in the best movies, and in life, sage advice goes unheeded. Rocks chooses to metaphorically, and then literally, run away from her problems.

It's a rare film that proffers an authentic insight into the lives of young girls. There will be comparisons made to Céline Sciamma's Girlhood [+see also:
film review
trailer
interview: Céline Sciamma
interview: Céline Sciamma
film profile], as they share similar themes and a desire to make the girls' stories central. That both films have invigorating moments of dancing and music is a sign of the universality of young girls' behaviour. The movie even manages to do classroom scenes well, as it always ensures that laughter and tears are not far from each other. The food-fight scene is especially fun, and even the peripheral characters in Rocks are adorable.

The decision to leave boys on the fringes of the story is astute. Enough is going on in the protagonists' lives without romantic tales complicating the complicated further.

It's a film that is very much in the tradition of British social realism. Nonetheless, it remains light and joyful enough to be enjoyed and recognised by an audience with the same demographic and age as the characters on screen. Right up until the apt conclusion, it's a bittersweet symphony.

Rocks is a British production staged by Faye Ward and Ameenah Ayub Allen for Fable Pictures. Its international sales are handled by Altitude Film Sales.

“These girls really love the banter about their different experiences”

We met up with British director and producer Sarah Gavron, whose new film Rocks world-premiered in the Platform section of Toronto

The curtain falls on the 3rd Brussels International Film Festival 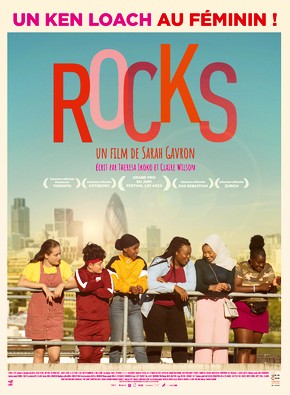 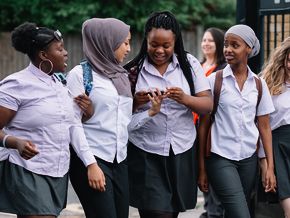 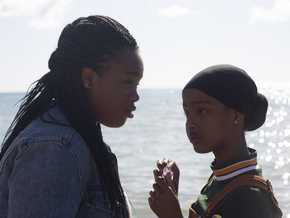 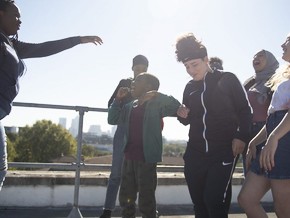 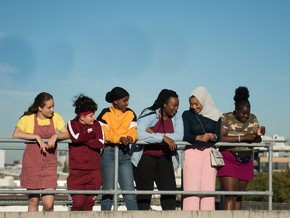