This documentary is a special journey into the research work conducted by Henry Glassie, a renowned American scholar and folklorist who has travelled to five continents, conducted extensive fieldwork and published nearly 20 books. In particular, Glassie is interested in studying folk artists, their creative processes and, of course, their marvellous works.

The film favours an observational approach, skilfully intertwined with Glassie's explanations of his study method (while sitting at home in Bloomington, Indiana) and several interesting excerpts of archive footage from the scholar's previous research – we see, for instance, the walling up of a massive kiln in Piedmont, North Carolina, and recordings of encounters with carpet weavers and ceramicists in western Turkey, as well as with storytellers in Collins' home country of Ireland. Glassie's voice is quiet but firm, and his language is plain and straightforward; this is definitely a plus, as it helps those who are not familiar with the subjects being presented to gain a good grasp of the academic's work. In fact, viewers will listen to a placid, wise old man who has been working in his field for over 50 years. What is also deserving of attention here is Glassie's credo, expressed by the scholar himself during the film: he loves to “meet people in terms of their excellence, rather than their failings”. Such a philosophy, he believes, would enable the world to be a better place.

While Glassie's testimony is useful in terms of delving into the particularities of his research work and his credo, Colm Hogan's camera passionately follows the birth of several artworks: in Bahia, Brazil, for example, we observe Evidal Rosas (whose task is to reconstruct sacred statues of which no record remains) and Rosalvo Santana, who meticulously sculpts a saint flanked by cherubs from clay. By observing their artistic impulse and creative process for a relatively long period of time on screen, viewers are given the chance to experience directly a glimpse of Henry Glassie's research approach, where traditional time and space are “frozen”, and the only important time is the unpredictable – but indispensable – “research time”.

All in all, Pat Collins' documentary is a striking didactic experience that will gradually introduce us to the life and work of one of the most important folklorists of our age. As a viewing experience, it definitely requires patience and dedication, but this is to be expected. Glassie used to spend at least a decade “standing with people and studying the things that they create”, so viewers will surely be happy to learn something about his 50 years of research in about 105 minutes.

Henry Glassie: Field Work is an Irish production staged by Tina O'Reilly for Bray-based South Wind Blows and Baltimore-based Harvest Films, with the support of Screen Ireland and the Arts Council of Ireland. 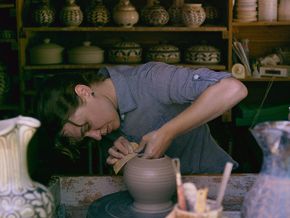 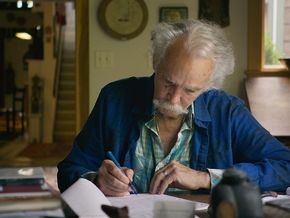