The 44th edition of the Toronto International Film Festival hosted the world premiere of the third feature by Brazilian director and screenwriter Sandra Kogut, Three Summers [+see also:
trailer
film profile], screening the film within the vast and diverse Contemporary World Cinema section of the Canadian event. Taking as a starting point the famous scandal uncovered by Operation Car Wash, and the extensive network of corruption, which, it turned out, reached so far as to infiltrate Brazilian presidential circles, the author of Campo Grande and Mutum offers up a tragi-comic fiction film, honing in on the most disadvantaged victims of the entire affair.

The heroine of Three Summers is Madá (played by the awesome actress of Une seconde mère, Regina Casé), an eccentric cleaner employed to tend to the house of a rich, Rio de Janeiro family whose members feature on the list of the most wanted, criminally corrupt individuals in the country. As implied by the title, the film takes place over three summers; that is, it unfolds over three successive years of Christmas holidays, as the film is set in the Southern Hemisphere. The first summer, that of 2015, is a time of opulence and happiness for Madá’s bosses, Edgar (Otávio Müller) and Marta (Gisele Fróes). In fact, the film opens with a luxurious party thrown in the grand residence the family rent during the summer season. Having presented the film’s characters by way of this festive prologue, the story jumps forward a year, to the summer of 2016: the year which will change their lives forever.

The intermittent and unjustified absence of Madá’s bosses during the summer of 2016, not to mention their marked tendency to sidestep any money-related questions asked by the staff employed in their residence, allows the audience to anticipate the fraudulent drama which is about to erupt. Ultimately, the owners of the residence will either end up arrested or on the run, leaving their domestic staff unpaid, but with access to an enormous villa which they can take over, unimpeded. However, it won’t be until the summer of 2017 that the proletarian revolution really takes shape. With the blessing of the elderly Lira (Edgar’s father, abandoned in the huge house by his son and played by veteran actor Rogério Fróes), Madá will use the summer residence for touristic purposes: renting out the yachts for aquatic wanderings, renting out the rooms on Airbnb or renting out the whole house to companies looking to shoot commercials.

Three Summers charts the progressive chronology of a working-class rebellion, spearheaded by a charismatic domestic employee whose constant yet feigned state of happiness belies great personal trauma. Though not strictly based on the true story of any one person affected by the acts uncovered through Operation Car Wash, the film does attest to the daily efforts that are made, in vain, by the most disadvantaged individuals in a country which is characterised by economic inequity and corruption. 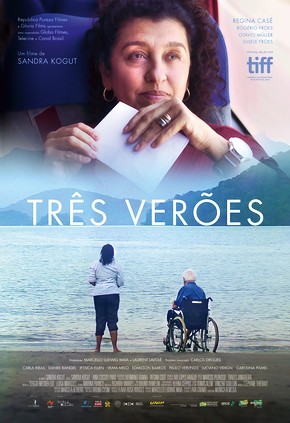 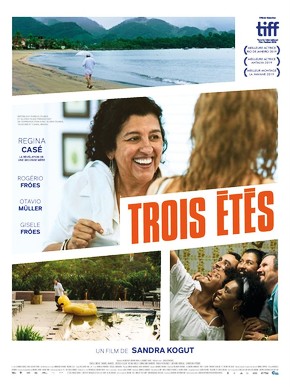 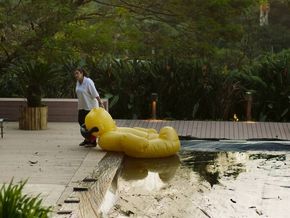 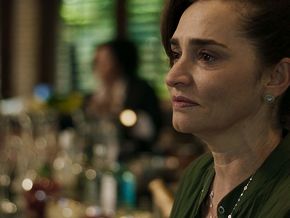 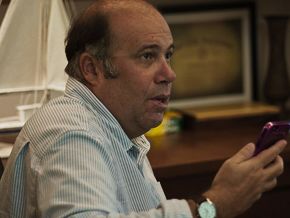 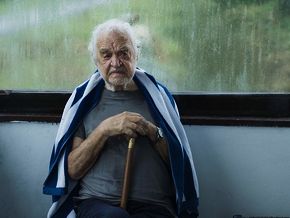 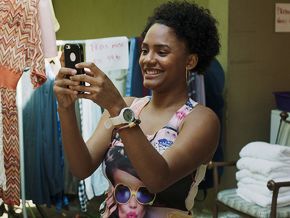 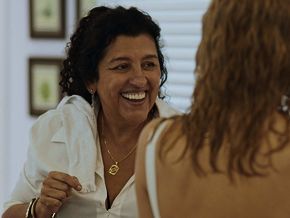