17/09/2019 - Uruguay’s Federico Veiroj has put his name to a black comedy about Latin America’s historical and financial past, revolving around a greedy currency-exchange expert

Daniel Hendler in The Moneychanger

Uruguayan filmmaker Federico Veiroj has premiered his fifth film, The Moneychanger [+see also:
trailer
film profile], in the Platform competition of the 44th Toronto International Film Festival. This unsettling black comedy that oozes absurd humour, and which is due to compete imminently in the Horizontes Latinos section of the 67th San Sebastián Film Festival, is the result of a loose adaptation of the 1979 novel by Juan Enrique Gruber. Both the original and the film version depict the crafty scheming and the sad private life of an unscrupulous moneychanger, as it delves into the historical and financial past of three Latin American countries: Uruguay, Brazil and Argentina.

The main character in The Moneychanger is Humberto Brause (Daniel Hendler), a kind of Uruguayan alter ego of Leonardo DiCaprio in The Wolf of Wall Street. Indeed, Brause is a bad father, an abysmal husband and, in turn, a financial genius who has made it big by taking advantage of the opportunities, economic crises and dictatorships of neighbouring countries. Just like Martin Scorsese’s film, The Moneychanger is propped up by a first-person narrative, in which Brause himself explains how he has managed to build his little empire in the field of currency exchange.

The present day in the narrative is the year 1975, and the story unfolds in Montevideo. However, Brause’s voice-over whisks us back to 1956 in order to begin the tale by unveiling the origins of his capitalist ambitions. In the mid-1950s, Brause started working in the bureau de change run by Mr Schwensteiger (Luis Machín). His boss – the most seasoned and highly respected moneychanger in Montevideo – taught him all the tricks of the trade to allow him to understand and excel in this line of business, until, in the end, the student ended up becoming the master. Not only did the cunning Brause start his own company, but he also married Schwensteiger’s daughter, young Gudrun (Dolores Fonzi), so that he could maintain some kind of tie with the expert moneychanger.

Back in Montevideo in 1975, Brause has become the most sought-after man among rich Latin Americans who wish to gain access to Urugauy’s tax haven. This mercenary moneychanger, who eschews ethics, is willing to do business with any man or woman who shows up in his office, be they Uruguayan soldiers or politicians, Brazilian mobsters, or Argentinian guerrillas. The Moneychanger is a socio-political satire about a man who swapped the small pleasures in life for money worship, making it easier for the Latin American elites of the time to get rich quick, all in the name of capitalism.

more about: The Moneychanger

Uruguay’s Federico Veiroj has put his name to a black comedy about Latin America’s historical and financial past, revolving around a greedy currency-exchange expert 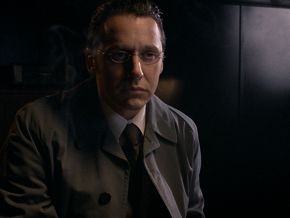 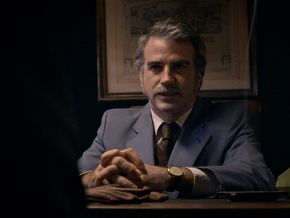 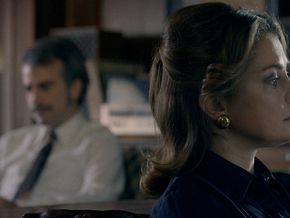 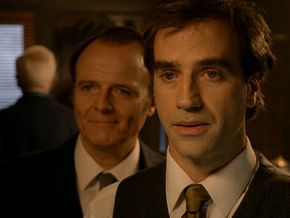