18/09/2019 - Michael Winterbottom has made a hilarious film about the dangers of capitalism, utilising his muse Steve Coogan as a retail giant

It was the character Gordon Gekko, played by Michael Douglas, in Oliver Stone's Wall Street who argued: "Greed is good." That might be true if you're the one benefitting, but actually, greed is horrible, and many people have to suffer so that one person can live a life of luxury. That's the thrust of director Michael Winterbottom's argument in Greed [+see also:
trailer
film profile], which played in the Special Presentations section of the Toronto Film Festival and was one of the festival highlights.

Greed is a satire divided into three intermingling parts, which, when put together, establish a connection between the wealth of fat-cat business owners and the exploitation of workers. The first of these is the Steve Coogan show. He plays retail tycoon Sir Richard McCreadie, aka “Greedy McCreadie”, who is celebrating his 60th birthday party on the Greek island of Mykonos. The theme of the shindig is the movie Gladiator. Not since John Belushi went to a frat party in Animal House have so many people on screen been making merry in togas. Attending the festivities is his feisty Irish mother Margaret (Shirley Henderson), Samantha (Isla Fisher), the ex-wife he's still smitten by, and his biographer Nick (David Mitchell). The comedy comes from the ostentatiousness and inhuman behaviour as Coogan once again proves that no one plays nefarious characters better than he does.

The second aspect of the thesis is the flashback to the upbringing of McCreadie. It is the birth of a fat cat. He's the school brat who earned the moniker "Greedy" by winning money from his friends while playing them at cards. Then there's his callous approach to business, lining his own pockets while others were made unemployed or lost their pension. Winterbottom takes the film into The Big Short territory by having funny scenes wherein someone breaks down company law into simple language. People borrowing from the bank using a purchase as collateral for the loan get utterly lambasted.

The third segment of the film is where Winterbottom's use of the EM Forster epigraph "Only connect", which bookends the film, is rammed home. One of McCreadie's many minions, Melanie (Sarah Solemani), suddenly realises that working for this shyster means being stuck in a world of compromising beliefs. She remembers her humanity upon seeing refugees on the beach and videos of sweatshop workers in Bangladesh. Her waking up is a precursor to Winterbottom putting statistics on the screen detailing the exploitation of workers and the gap between rich and poor. It's easy to call this heavy-handed, but Winterbottom has adopted a coherent approach and realised that the digital age calls for the use of a sledgehammer in order for messages to be heard. Ideas only stick if they're laid out plainly, simply and unambiguously.

Winterbottom is way too experienced a filmmaker for this approach to be anything but purposeful. Winterbottom connects high-street retailers to sweatshops in Asian countries and points the finger at celebrities who endorse these products. It helps that Winterbottom reaches this point of finger-wagging on the back of some excellent Coogan comedy moments. It is one of Winterbottom's better movies, which is saying a lot, given the quality of his oeuvre.

Michael Winterbottom has made a hilarious film about the dangers of capitalism, utilising his muse Steve Coogan as a retail giant

The fourth instalment in the successful series stays in the Mediterranean, and the shoot is already under way with Steve Coogan and Rob Brydon in the lead roles 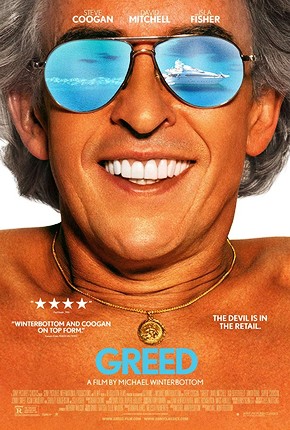 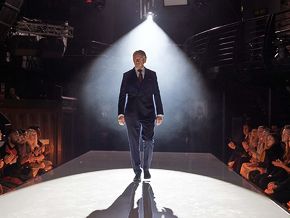 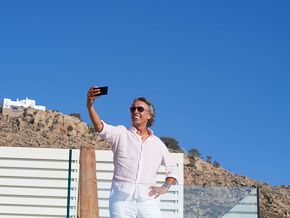 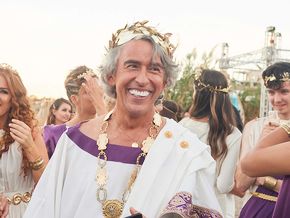