25/09/2019 - Lucía Alemany’s debut feature, a fiction film about adolescent angst filmed in her own home town, and one of the first films to benefit from the support of The Screen, shimmers with truth

After years of training at a Barcelona circus school, Lucía Alemany is all sinew, spring and muscle, her face a vision of exuberance with just a trace of a child’s candour. The similarities with the central character of her directorial debut are hard to ignore: a young girl on the cusp of adulthood, just beginning to explore her sexuality, who dreams of getting out of her small rural town to train as an acrobat in the Catalan capital. It’s a breakthrough role for Carmen Arrufat, who manages to convey the dignity, awkwardness and breezy defiance of youth all without saying a word. There’s nothing cryptic, then, about the film’s title, The Innocence [+see also:
trailer
interview: Lucía Alemany
film profile]: Arrufat’s character drips, radiates and exudes it all the way through the film. The project received development support from The Screen, an incubator programme run by the Madrid film school ECAM (read more here), and has now been selected to compete in the New Directors section at the 67th San Sebastián International Film Festival.

Filmed in Alemany’s own home town in the Valencia region, with local residents cast as extras and bit parts, The Innocence is a note-perfect and authentic portrayal of small-town life on the east coast of Spain, with its country fairs, processions, municipal pool and huddles of local ladies chewing the fat in the summer breeze. It’s the sort of place where a band of busybodies keep their fingers firmly on the pulse of the community: judge and jury of the lives of others and gossip central for anyone eager for the latest news. In this social microcosm, there’s no room for dissent, and anyone with the audacity to be too different, too eccentric, or even too modern will live to regret it. Add in some good old-fashioned Spanish machismo and it’s little wonder that those young enough to still be possessed of their own innocence feel trapped, hemmed in, stifled and held back.

Filmed in a string of sequence shots, The Innocence’s naturalistic, semi-documentary production style (Alemany has spoken of her admiration for Andrea Arnold’s Fish Tank [+see also:
film review
trailer
interview: Andrea Arnold
film profile]) allows the camera to linger on Arrufat, caressing her face and bringing out the purity of her gaze. There is a resemblance here to Adèle Exarchopouloss, particularly in Blue is the Warmest Colour [+see also:
film review
trailer
interview: Abdellatif Kechiche
film profile], as the director herself has remarked. Arrufat’s face reflects every flicker of a plot shot through with the issues that, regrettably, continue to afflict families, young people and Spanish society more generally, and not only in rural areas. We see a perfect example of this in the main character’s inability to communicate with her parents, played by the always magnificent Sergi López and Laia Marull, as she chooses to confide her secret in the mother of a friend, rather than trust in her own kin.

The Innocence, written by Lucía Alemany and Laia Soler Aragonés, was produced by Turanga Films S.L. and Un Capricho de Producciones. Filmax is handling distribution and sales. San Sebastián is the film’s first stop in a lengthy tour of the festival circuit, offering many opportunities to catch a screening over the next few months.

The helmer has wrapped the shoot for this tense Movistar+ series, the cast of which includes Natalia Verbeke, Ernesto Alterio, Leonardo Sbaraglia and Juan Diego Botto 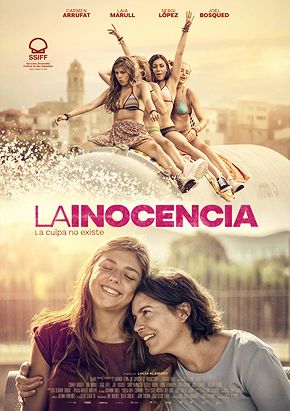 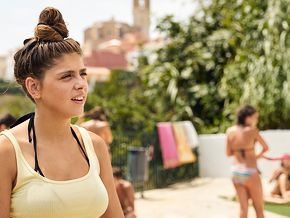 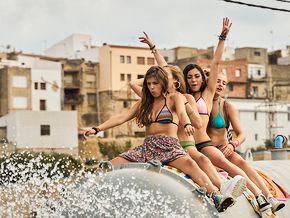