The second feature by Svetla Tsotsorkova stands as a testament to her talent and her ability to depict family circles conditioned on a fundamental level by the surroundings in which they live. This was already palpable in her feature debut, Thirst [+see also:
film review
trailer
interview: Svetla Tsotsorkova
film profile], which was presented four years ago in the New Directors section of the San Sebastián Film Festival. Now she returns to the same gathering clutching a new story, Sister [+see also:
trailer
interview: Svetla Tsotsorkova
film profile], a movie that revolves around a mother and her two daughters. The youngest of these spends her day spinning lies that she uses to add a splash of colour to her dull, monotonous existence. However, what is initially a bit of fun soon turns into a dangerous game that threatens to make everything go up in smoke.

Rayna, the youngest of the sisters, is the main hub that everything else hinges on. Played by a ferocious Monika Naydenova, this character’s explosive personality has us hooked from the get-go. At the beginning, we perceive her lies as an understandable strategy to run away from a life that no teenager could bear to be faced with. She spends her days in a craft workshop where she, together with her elder sister and her mother, makes figurines and utensils out of mud, which she then sells to travellers and passers-by on the road that the business is perched on. When she sets about deceiving her customers in order to make them feel sorry for her so that they will buy her wares, we can’t help but feel sympathy for her and understand her. But when her lies put her family in jeopardy, everything changes.

The elder sister, Kamelia, has more of a sexual than an emotional relationship with Milo, a chauvinistic and uncouth scrap dealer who lives near the three women. Driven by jealousy and her boredom with life, Rayna fabricates a secret relationship with this man, which, once her family gets wind of it, turns everything upside down. From that moment on, we witness a chain reaction that puts the characters through their paces and which causes the movie to hurtle down a dizzying helter-skelter in which social portrait, psychological thriller and melodrama go hand in hand. This explosive mix works well for the majority of the running time, with some particularly accomplished moments of tension rubbing shoulders with more intimate and deeply emotionally charged scenes.

This story about three women surviving as best they can in a sexist and tedious environment, which certainly does not make life easy for them, manages to thrill and entertain, as well as shedding light on a reality that will be unknown to most of us. The only thing it is missing is a certain tonal coherency and compactness, which would have injected an extra dose of potency into the movie, and at the same time, it would have been appreciated if a little more attention had been paid to the characters in Rayna’s orbit. The protagonist’s surroundings end up being somewhat indistinct and pale in comparison to her in-your-face, charming personality. Nevertheless, Sister is an assured second step in Svetla Tsotsorkova’s career, which, despite its flaws, offers an intense experience that is well worth watching and enjoying.

Sister is a production by Omega Films and was supported by the Doha Film Institute. Film Republic is in charge of its international sales.

“It was easy to be real because everything we show is real; we just had to film it”

Sister, the sophomore film by Bulgaria’s Svetla Tsotsorkova, is a solid step forward in her interesting career; it is currently taking part in the New Directors section of San Sebastián

Features from Belgium, Bulgaria and Romania have also scooped awards at the 19th Transilvania IFF

Eight movies are first features, and seven of them hail from European countries 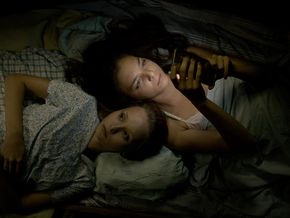