26/09/2019 - Producer Simone Catania’s first work is a wonderful showcase of acting prowess, as displayed by Marco D’Amore and Vinicio Marchioni, who commit themselves to a convincing story of male friendship

Vinicio Marchioni and Marco D’Amore in Drive Me Home

We are what we remember ourselves to be. It’s during our teenage years that we create our narrative over our own identity, a story about ourselves which indicates the direction we’ll take in our future lives. And it’s out of a desire to recreate this magical time in his childhood that Antonio goes looking for his friend Agostino in Drive Me Home [+see also:
trailer
film profile]. Directed by Simone Catania - who is taking the plunge into feature films for the very first time after over ten years as an outstanding European producer with Indyca - Drive Me Home sees the acting couple composed of Marco D’Amore and Vinicio Marchioni duetting in an intense yet tender story of male friendship, a topic rarely broached in the Italian film landscape, which boasts great export potential on the international market.

The film opens in the dazzling light of Sicily, with a prologue which sees the two bosom buddies growing up in a remote mountain village, rapping their hopes for a future life in a metropolis to the tune of an acoustic guitar. We return to them many years later, in their thirties. Marco D’amore – whom we know as “bad guy” Genny in the Gomorrah series – steps into the shoes of the meek and pensive Agostino, flaunting long, bleached hair falling down over his eyes, and a groomed, D’Artagnan-style crop of hipster facial hair. He’s a truck driver, based in Anversa, travelling around Europe and he speaks fluent Flemish. Antonio/Vinicio Marchioni appears before him on the foreground of a motorway petrol station. We soon discover the reason for this: Antonio’s boyhood home, to which both of them have a connection, is about to be put up for auction because he doesn’t have the money to maintain it. The two men haven’t seen each other for years and, between brief flashbacks and short exchanges, we understand that the relationship between the two young boys was so intimate that Agostino’s father - the village mayor - was forced to get involved, subsequently sending his son to a Swiss boarding school.

Wrapped up in this journey embarked upon in Agostino’s gigantic truck, we find the classic metaphor of an inner journey which is also experienced by these men.

During a rest stop and a moment of relaxation spent in a sauna, Agostino openly reveals his homosexuality by going with a gigolo (played by real-life escort, Luca Borromeo). The director’s portrayal of this insalubrious scene is highly effective (he also wrote the screenplay alongside Fabio Natale), though his approach does create a few rather ingenuous moments during other situations in the film. That said, Catania’s direction is such that we’re oblivious to the difficulties involved in filming most of the film in the cab of a truck, and Palo Ferrari’s photography captures the magnificent natural light in these scenes to perfection. After Düsseldorf, the two men make a stop in the Trentino region’s Lessini mountains where they stay with a community of organic farmers led by Karl (the legendary Lou Castel of Fists in the Pocket), and where Antonio falls in love with Berlin-born Emily (Jennifer Ulrich). Realistically, their journey won’t end in Sicily, because Agostino feels no nostalgia for a place from which he was forced to escape. And maybe it’s just not possible to recreate that magical moment from childhood…

Drive Me Home is a gem of a film, and a great showcase of acting prowess, which was presented at the 36th Turin Film festival and which was released yesterday, 26 September, in Italian cinemas courtesy of Indyca - Europictures. The film is produced by Inthelfilm and Indyca together with Rai Cinema, in association with Belgium’s Kwassa Films, with the assistance of Creative Europe MEDIA and MiBAC (the Italian Ministry of Cultural Heritage and Activities), in collaboration with the Trentino Film Commission and with the support of the Sicily Film Commission and the Film Commission Torino Piemonte. International sales are in the hands of Coccinelle Film Sales.

more about: Drive Me Home

Producer Simone Catania’s first work is a wonderful showcase of acting prowess, as displayed by Marco D’Amore and Vinicio Marchioni, who commit themselves to a convincing story of male friendship 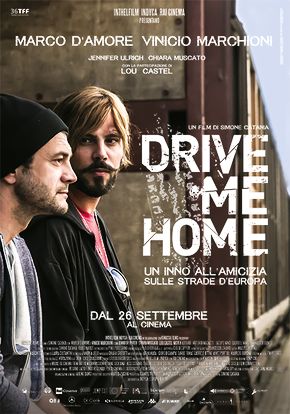 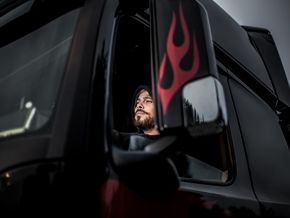 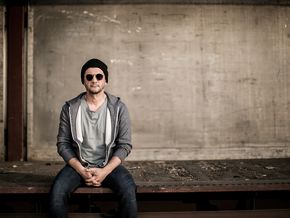