Review: Those Who Remained

26/09/2019 - Unveiled at Telluride and selected as Hungary's submission for the Oscars, Barnabás Tóth’s film delicately dives into post-war Hungary through the encounter of two lonely souls

The past is sometimes a heavy burden, stoically carried in silence, but young people naturally handle this inheritance in a more direct and instinctive manner. Through the story of an encounter between a man in his forties and a teenager, both of them suffering from the desolation of post-war life, Hungarian filmmaker Barnabás Tóth traces a process of mutual healing, reconstruction and rebirth in his latest film Those Who Remained [+see also:
trailer
film profile]. Following its world-premiere in Telluride, the film was selected as Hungary's submission for the Best International Feature Film Award at the 2020 Academy Awards, and is today released in Hungarian cinemas by Budapest Film. This second feature from the director (following the celebrated Camembert Rose in 2009) delicately explores deeply buried emotions, all the while depicting, in small touches, a quietly threatening everyday life under Soviet rule.

The year is 1948. Gynecologist Aladár Körner (Károly Hajduk) examines Klára (Abigél Szőke), a young girl with intense, sad and tired eyes who is about to turn 16 and has just entered puberty, which worries her aunt Olga (Mari Nagy), who lives with her. The doctor, a single man who splits his time between the hospital and the orphanage, soon grows attached to this teenager who, though intelligent, is considered by all to be difficult, eccentric and irritating. Taking her under his wing (“I’m not sure I’d be a good father to her, but maybe this would be better than nothing”) and establishing a relationship complicated by Klára’s desperate longing for love, each of her embraces another temptation to infringe boundaries of propriety, Aladár turns into a mentor, helping with the homework and appeasing the nightmares and anxieties of the young woman whose parents disappeared during the war. But this benevolence works both ways, since the doctor’s wife and children died in the death camps which Aladár survived. These two lonely souls thus support each other, under the skeptical eyes of a society where the cohabitation of the two characters sparks suspicions of corruption of a minor, and where a mania of spying and denouncement the Soviet way insinuates itself in both private and professional lives. But most important of all, Klára is growing up, as does the ambiguity of the feelings which connect her to Aladár…

Very skillfully woven by the director together with Klára Muhi, adapting a novel by Zsuzsa F. Várkonyi, the script of Those Who Remained tells a story spanning several years, between 1948 and 1953 (when Stalin died) and whose inner workings progressively emerge around subtle clues and things left unsaid, which give the viewer an enjoyable margin for interpretation. Having found the right rhythm to give its two remarkable central actors the space and the time to shape the nuances of this grey area between love and friendship, Toth discreetly inserts historical elements in the background, as well as a few moments of suspense. With Those Who Remained, the filmmaker delivers a film suffused with sensitivity and humanity, demonstrating a talent for elegant and classical direction which turns its back on the ostentatious and the overly dramatic, favouring instead the subtle and positive variations of the dance of life.

Produced by Inforg-M&M Film, Those Who Remained is sold by HNFF World Sales.

more about: Those Who Remained

Bence Fliegauf returns to Berlin with Forest - I See You Everywhere

Produced by Fraktál Film and M&M Film, and sold by Films Boutique, the Hungarian director’s most recent opus will see him sail into the Berlinale for the 4th time

Review: Those Who Remained 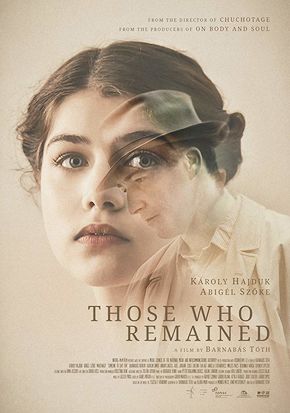 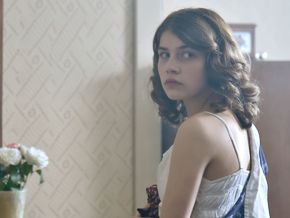