The official competition of the 67th San Sebastián International Film Festival was the occasion for Chilean filmmaker José Luis Torres Leiva to present his latest work, a contemplative poem about the very human fear of dying and how we try to come to terms with it. Death Will Come and Shall Have Your Eyes [+see also:
trailer
film profile] focuses on a lesbian couple over their last few days together, as they await the assisted suicide of one of the women, afflicted with an incurable disease. Julieta Figueroa (who starred in Torres Leiva’s previous feature, The Sky, the Earth and the Rain) plays María, a patient who decides to refuse medical treatment when her illness enters a terminal stage. Meanwhile, her partner, Ana, who stays with María and supports her in her resignation to the inevitable, is played by the prolific Chilean actress Amparo Noguera (A Fantastic Woman [+see also:
film review
trailer
film profile], Oblivion Verses [+see also:
film review
trailer
interview: Alireza Khatami
film profile]).

Despite its inherently tragic premise, the screenplay, written by Torres Leiva himself, is the polar opposite of a histrionic melodrama. Moving and elegiac, Death Will Come and Shall Have Your Eyes forgoes any kind of emotional manipulation or dramatic punch. The story unfolds in a woodland cabin: an impenetrable fortress to which the women retreat to make their final memories, little suspecting that this magical place will rekindle their love all over again. Yet, as the invisible shadow of death creeps ever closer, we feel its proximity in every frame of this moving film, interspersed with the immortal verses of one of the last poems written by Cesare Pavese before his suicide.

The film pays tribute to several writers, all of whom died at their own hand. The voices of poets who wrote about staring down the lonely abyss, pausing before the door to oblivion, are received by María’s failing body as if this literary possession were part of some final lesson she must learn before coming face to face with death. The only scene in the film where María articulates her own fear of dying is accompanied by the first verses of Hijas del viento, a poem by Alejandra Pizarnik, who took her own life at the age of 36. It’s a poem about the impossibility of speech — what Pizarnik calls “the suicide of words” — once the blood has been vitiated by disease and fear and the approach of death is inexorable.

Death will Come and Shall Have Your Eyes occupies a liminal space between reality and dreams, its protagonists accompanied by some of the greatest literary figures to have written about tragedies similar to theirs. Just like Pavese or Pizarnik, Torres Leiva has composed a cinematic poem about the waning of a body consumed by disease, the fear of death and the surprising human capacity to salvage a glint of hope — in this case, the capacity to fall in love — in the most extreme circumstances imaginable.

Death Will Come and Shall Have Your Eyes was produced by Globo Rojo Films (Chile), Constanza Sanz Palacios Films (Argentina) and Autentika Films (Germany). International sales are being handled by Argentina’s Compañía de Cine.

more about: Death Will Come and Shall Have Your Eyes

James Franco, who won the Golden Shell 2 years ago, will be vying for the prize once again, going head to head with filmmakers such as France’s Guillaume Nicloux and German actress-director Ina Weisse

The professional event will run on 19, 20 and 21 September during the 64th San Sebastian Film Festival 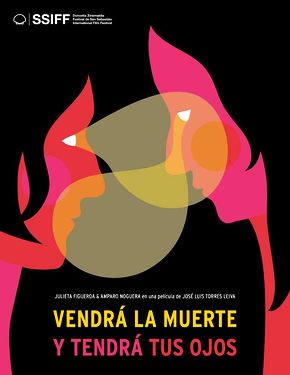 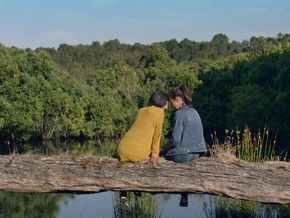