Born in San Sebastián, Barcelona-based filmmaker Maider Fernández Iriarte has presented her first film in the New Directors section of the 67th San Sebastián International Film Festival — a poignant documentary about our indissoluble desire to be heard. Jordi’s Letters [+see also:
trailer
interview: Maider Fernández Iriarte
film profile] is a portrait of the director’s cherished friendship with Jordi: a 51-year-old man who doesn’t let his cerebral palsy get in the way of his need for self-expression.

The backbone of the film, written by Fernández Iriarte in partnership with Spanish filmmaker Virginia García del Pino (Basilio Martín Patino. [+see also:
film review
trailer
film profile] La décima carta [+see also:
film review
trailer
film profile]) is formed by a series of visits that the director pays to Jordi in the nursing home where he has recently taken up residence. Through these visits, we discover that he is determined to communicate with his new friend and to be heard, and we bear witness to Fernández Iriarte’s great respect and affection for him. Jordi, who is unable to communicate verbally, answers her questions with the aid of a cardboard chart of letters and numbers — the letters of the film’s title.

Jordi’s Letters explores the two aspects of Jordi’s life that bring meaning to his existence: faith in the power of communication and faith in God. As the director explains in a voice-over at the start of the film, at the age of 21 Jordi was seized with the feeling that God was talking to him. Since that day, he has considered himself a religious man. Yet, as their conversations deepen and his trust grows, Jordi confesses his greatest fears: losing his faith, and his parents growing old.

This confession introduces a religious dimension to the film that shifts it away from its observational tone, as we move into an epilogue in the form of a journey. In this last chapter, Jordi will fulfil his dream of visiting the Sanctuary of Our Lady of Lourdes, in the company of his new friend. With this pilgrimage, Fernández Iriarte brings to a close this moving love letter about the power of a friendship born of a mutual desire for connection.

“When you make a film about people with disabilities, it can cause a certain discomfort”

The 14th edition of the international documentary film festival of Navarra gets under way in its capital, and will go on until 7th of March with a brave and alternative programme 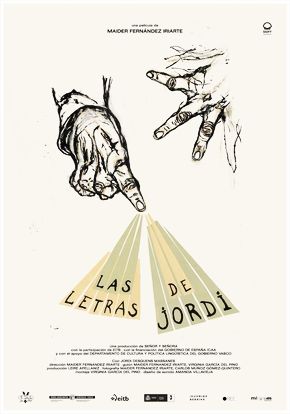 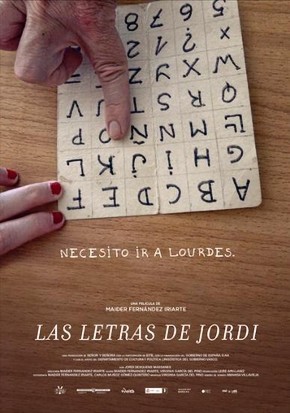 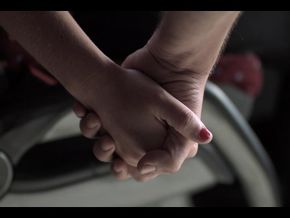