One may be inclined to believe Osgood Fielding III’s statement claiming that, indeed, nobody’s perfect, but A Shaun the Sheep Movie: Farmageddon [+see also:
trailer
interview: Richard Phelan and Will Bec…
film profile], the sequel to 2015’s Shaun the Sheep Movie [+see also:
trailer
making of
film profile] – now showing in the Zurich Film Festival’s ZFF for Kids strand – comes pretty damn close. So close, in fact, that it has already become one of this writer’s favourite cinema experiences this year so far, and anyone questioning the validity of such a statement should be slowly beaten into submission with a piece of delicious Wensleydale cheese.

Helmed by Will Becher and Richard Phelan, Farmageddon is witty yet never slides into stupid territory, not for a moment, injecting science-fiction references into the compact universe of the Mossy Bottom farm with such frequency that not a single square metre remains untouched. Somehow, this makes it feel like they belonged there all along, along with the idea to turn Kubrick’s famed Monolith into a burnt piece of toast. Now that’s just British genius at its purest, even though, controversially, Marmite needs to make way for Roswell’s Jam this time around.

It’s precisely this kind of everyday mundanity, peeking out from every claymated corner, that makes this film – and pretty much anything else that Aardman Animations ever touches – such a delight. Yes, it might now have a rainbow-coloured alien named Lu-La, crashing her spaceship and stealing other people’s chips. But other than this small inconvenience, and some occasional bouts of levitation, it’s business as usual down on the farm. The pigs sunbathe, the rooster sips coffee, always from a different motivational mug, and Bitzer the sheepdog loses his mind trying to keep the unruly flock from running the place into the ground. The humans, as always, are the dumbest ones here, even unable to hide their underwear properly when needed. It’s a long story.

It might be that the painstaking process employed here, with Aardman sticking to stop-motion techniques that would make any normal human being weep in frustration within hours, never mind the years needed to complete some of these complicated scenes, is precisely the reason why no detail is left unattended and no character written off. And that’s something that can’t always be said of some other, throwaway animations. Needless to say, when it was finally time for the bull-in-a-china-shop brand of mayhem to hit, this writer was already on the floor. And then, while slowly regaining the strength to get up again, the actual bull showed up.

Just to nitpick a little, Lu-La’s look seems highly unlikely to match up to Shaun’s instant icon-making appearance, which turned him and his buddies into a merchandiser’s wet dream almost overnight after A Close Shave. And you could really live without all of those bland pop songs “livening up” every other montage sequence. But as far as criticisms go, this one does nothing to hide the simple fact that Farmageddon might be the disaster movie we have all been waiting for, showing just what happens when an out-of-control toddler, alien or not, suddenly overdoses on candy and fizzy pop in the middle of a supermarket. Now there’s a concept that would scare any parent to death, and chances are, when faced with such an all-consuming threat, even Bruce Willis would choose to sit that one out.

A Shaun the Sheep Movie: Farmageddon is a UK-French-US co-production, produced by Paul Kewley for Aardman Animations, Amazon Prime Video and Anton, in association with StudioCanal.

more about: A Shaun the Sheep Movie: Farmageddon

Interview: Richard Phelan and Will Becher • Directors of A Shaun the Sheep Movie: Farmageddon

“We made 2001: A Space Odyssey’s Monolith into a burnt piece of toast”

Cineuropa caught up with Richard Phelan and Will Becher, the masterminds behind A Shaun the Sheep Movie: Farmageddon, accompanied in Zurich by their cast in figurine form 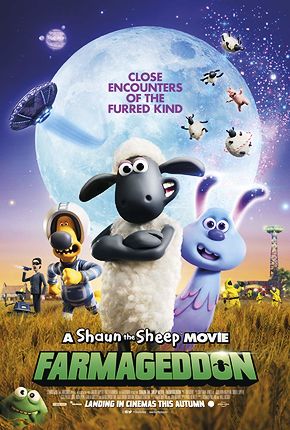 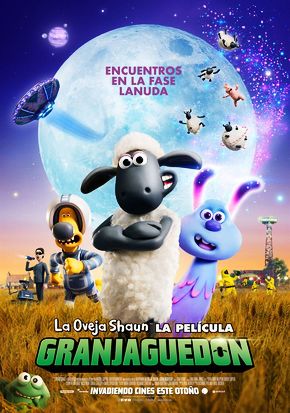 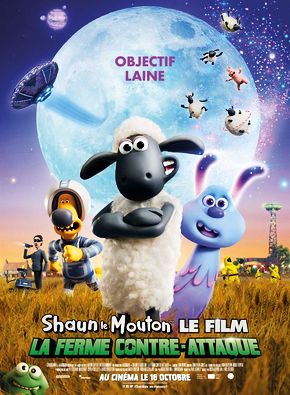 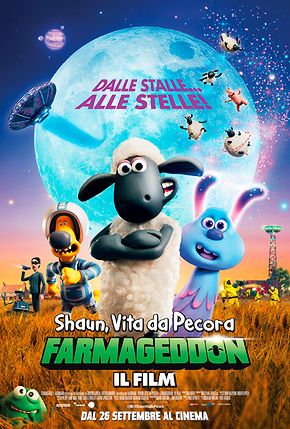 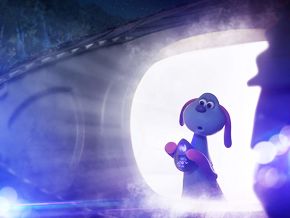 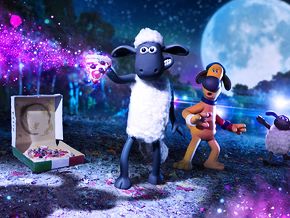