02/10/2019 - Julie Delpy presents a packed story about child custody, cloning and motherhood that looks at the moral and ethical questions arising due to advances in science

Julie Delpy and Sophia Ally in My Zoe

My Zoe [+see also:
trailer
interview: Julie Delpy
film profile], showing at the Zurich Film Festival, is a freewheeling adventure that starts with a divorced mum in a custody battle before morphing into a look at the ethics of cloning. It's written, directed by and stars formidable French-American talent Julie Delpy, and it's told with her trademark witticisms and penchant for looking at the intricacies and power structures of heterosexual relationships.

Berlin-based scientist Isabelle (Delpy) is juggling the demands of single parenthood, divorce and falling in love again. The British father of her child, James (Richard Armitage), wants to give their relationship another try but Isabelle intends to move on. Judging by James' abrasive behaviour and overpowering comments, it's easy to see why. Consequently, the discussions over the shared custody of their young daughter Zoe (Sophia Ally) are strained. Any difference of opinion soon leads to a finger-pointing argument.

James is also distraught that Isabelle is now romantically involved with a refugee (Saleh Bakri), whose paperless status seems somewhat shoehorned into the picture. This is the first indication that Delpy is going to put as many topics as possible into the movie, with little rhyme or reason. It starts out as a conventional marriage drama – one that is almost unique in cinema because it's told from a woman's perspective. It has much in common with Noah Baumbach's Marriage Story, as both films deal with warring couples fighting over the custody of a child, with sympathy being tossed from man to woman like it's a tennis ball.

But this movie is only partially concerned with the breakdown of a marriage. It takes a dramatic downward turn after Zoe is rushed to hospital, which is the precursor to the story moving quickly and rather unhealthily into sci-fi territory.

My Zoe gets overloaded with DNA. There's a thriller section, in which Isabelle turns pseudo-detective trying to discover what led to Zoe's hospitalisation. But the film really goes wayward when Isabelle seeks out a maligned genetics doctor (Daniel Brühl) in Moscow. It's the sort of move that Dutch auteur Paul Verhoeven might make. But while Verhoeven would turn this premise into an action romp, Delpy tries to make a moral and ethical tale, one that is over-burdened with dialogue that sounds like tech nonsense.

It's pretty easy to get lost, and like Pedro Almodóvar's The Skin I Live In [+see also:
film review
trailer
interview: Pedro Almodóvar
film profile], this film works better if you don't think too hard about the science. It wants to elicit an emotional, rather than a rational, response. Another dramatic turn sees the focus shifting to the doctor's marriage to his children’s illustrator wife (Gemma Arterton). While the doctor is ethically conflicted and competitive, his wife is our moral compass. She discusses the ethics of cloning with her husband and the nature of a mother's love for her child with Isabelle. The relationship is another example of Delpy throwing everything into the movie and failing to streamline the dialogue enough to develop and accentuate the central themes, which are fascinating.

My Zoe is a UK-French-German-US co-production staged by Amusement Park Films, Baby Cow Productions, Electrick Films and Magnolia Mae Films. Filmarti and Protagonist Pictures are in charge of the international sales.

more about: My Zoe

“Famous people always say how horrible it is to be recognised and approached, but what's worse is not being recognised or approached”

BERLINALE 2021: In his directorial debut, starring himself and Peter Kurth, the German-Spanish actor finally takes his revenge

The dark comedy, which also stars Brühl himself, will centre on a film star and his troublesome neighbour

Julie Delpy presents a packed story about child custody, cloning and motherhood that looks at the moral and ethical questions arising due to advances in science

The new films by Phil Morrison, Edward Hall, Mitch Jenkins and Hong Khaou have been added to the Cannes slate of the British outfit 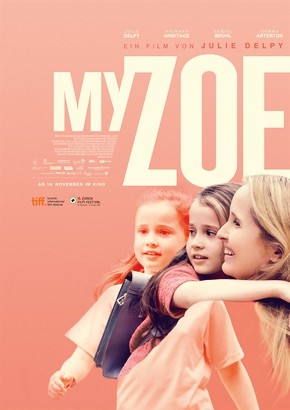 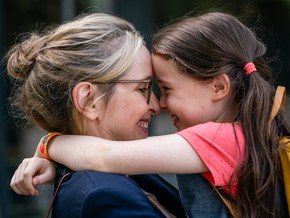