04/10/2019 - Oscar-winner José Luis Garci breathes new life into old favourites in this subtle and delectable cinematic remake, packed with cult references and imbued with the rich aroma of a classic mystery

If, following its release today, 4 October 2019, you wander into a cinema showing El crack Cero [+see also:
trailer
interview: José Luis Garci
film profile], you will be struck by the feeling that you’ve just been transported back in time. On the screen in front of you, in exquisite black and white, you’ll see 1970s Madrid, with its palatial cinemas — long since sacrificed at the altar of fast fashion — proudly emblazoned with their glowing signboards. You’ll see rugged, unflappable men conversing in nonchalant fashion, impeccably dressed and perfectly coiffed. And you’ll see self-possessed, elegant women, looking every bit like university pals of Barbara Stanwyck, Bette Davis and other grandes dames of old-school American film noire. Yet, this is not 1950s Hollywood, but Europe in the twenty-first century age of tech, and the man bold enough to recreate this late lamented world in all its anachronistic glory is none other than a gallant filmmaker unafraid to turn against the tide: José Luis Garci.

Garci is a director who tends to inflame passions, for good or for ill. It was he who was (jointly) responsible for the screenplay for that nightmarish film about a man (José Luis López Vázquez) imprisoned in a glass cubicle, Antonio Mercero’s The Telephone Box, and who brought us that other dystopian gem, La Gioconda está triste, far ahead of its time back in 1977 — both cult classics of the small screen, lauded by critics in Spain and beyond. To him is also owed Spain’s very first Oscar, presented to Garci for Volver a empezar in 1982. Among his many works, rarely true to form but always to himself, there is a shining treasure of a crime film starring a magnificent Alfredo Landa: 1981’s El crack.

With sparkling dialogue and witty repartee, references to the director’s other passions (boxing and football), a leisurely pace infused with nostalgia (“Don’t turn into a pillar of salt because you had to look back,” counsels one of the characters) and a somewhat predictable plot (the villain of the piece gives himself away immediately thanks to his raging stupidity), El crack Cero is a rare outlier of a film. A relic from another time, a wondrous vehicle for values we had given up for lost: honesty, morality, courage... It’s a film that calls on us to see it for what it is, with unprejudiced eyes. If you’re looking for a loud, frantic, frenetic and eye-popping cinema experience, best see yourself out. As another character in this stunning film remarks, “I’m not from this time.” Neither Garci nor his new creation are quite at home in 2019, and, with their boundless passion for the art of film, they’re both utterly unrepentant.

El crack Cero, written by José Luis Garci and Javier Muñoz (Sicarivs: The Night and the Silence [+see also:
trailer
film profile]), was produced by Nickel Odeon Dos and Areta Investigación A.I.E in association with TVE, Movistar+ and Trece TV. Filmax is in charge of its distribution in Spain.

"I stay true to what I’ve learned in cinema"

The Spanish actors are reuniting in this countryside-set comedy directed by Jesús del Cerro, which is currently in post-production

Oscar-winner José Luis Garci breathes new life into old favourites in this subtle and delectable cinematic remake, packed with cult references and imbued with the rich aroma of a classic mystery 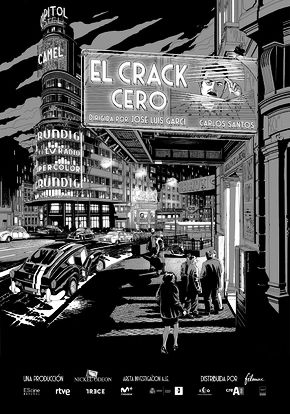 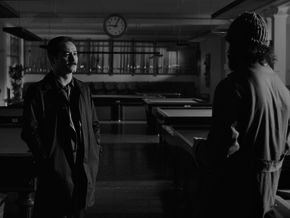 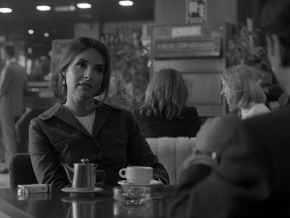 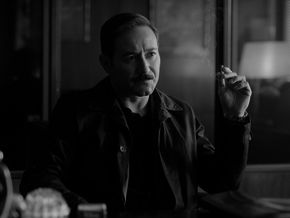 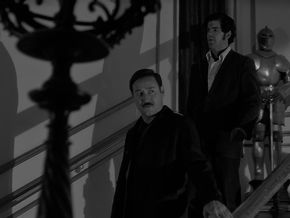 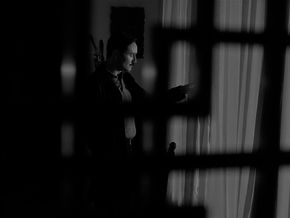 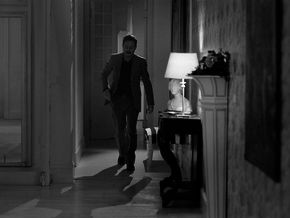 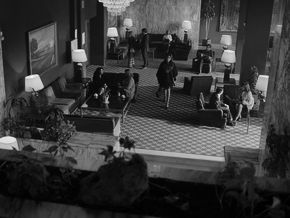