08/10/2019 - The activist group Rock Against Racism, a key player in 1970s UK punk rock, gets a timely documentary tribute from director Rubika Shah

Rubika Shah’s debut feature, White Riot [+see also:
trailer
film profile], focuses on Rock Against Racism, a group promoting racial solidarity in the UK punk scene. RAR (the acronym used constantly in the film) was at the centre of a vibrant, multicultural group of musicians, artists and organisers, a true bulwark against conservative forces in British society of the time. The film world-premiered at the BFI London Film Festival this week, in competition for the Grierson Award for Best Documentary.

Constructed mostly from rare archive footage, White Riot begins by highlighting the surprising politics of the era’s more established rock stars. Eric Clapton outraged many by championing the notoriously racist British politician Enoch Powell on stage at a gig in Birmingham. England was, supposedly, “overcrowded” and in danger of becoming a “black colony”. David Bowie, not spared any scrutiny, is shown claiming in 1976 that “Britain could benefit from a fascist leader” (later, he strongly recanted this statement). In spite of its broad social ethos, Rock Against Racism began life as a protest against something exclusively in the music world. Its founder, Red Saunders, felt betrayed seeing rock’s figureheads making common cause with these reactionary beliefs.

RAR was truly counter-cultural, born of a deep mistrust of mainstream thinking. Saunders was best known as a photographer for UK newspapers, but he also moonlighted in radical agitprop theatre (one of his roles being “Mr Oligarch”). Shah emphasises that reaching out from these other, maybe higher, art forms is a big part of punk’s soul. The influential fanzine Temporary Hoarding followed, alongside numerous benefit gigs around London.

Both the left and right were drawn to the disruptive energy of punk. Saunders and his co-conspirators “Irate” Kate Webb and Lucy Toothpaste knew they had to tip the scales and usher in more diverse forms of music, whose artists mostly came from Britain’s immigrant communities. There was alarm at how the hard-right National Front-associated punks harnessed the movement’s anger. They only heard the fist-pumping chorus of The Clash’s “White Riot”, but not its message.

RAR started to broaden its base, bringing in reggae artists such as Steel Pulse and Matumbi; there was also Alien Kulture, one of RAR’s “house bands”, who formed solely to bring British-Asian representation to the fore. Iconic acts like The Clash circled around the scene, but its real energy came from the margins, the cut-and-paste underground press aesthetic that the film lovingly evokes in various stop-motion animation sequences.

Shah ends the film with RAR’s Carnival Against Racism, a demonstration moving from Trafalgar Square to a Victoria Park concert venue in the East End (then a stronghold of the National Front). A total of 100,000 people marched, many of whom were in their late teens and travelled in from afar to London. White Riot thrives on cheerleading for punk, contrasting the fleapit venues where it all began with the point when a DIY anti-racist group’s campaign could capture the attention of the greater public.

We observe the filmmakers’ passion for a subculture they’ve discovered from the annals of music history, which they see as a guide to good praxis for musicians in the present. There’s something of Asif Kapadia in the film’s collage of different layers of archive material and its way of making history vivid. You can accuse it of being quaint, as this was only a rock concert, but that ringing in your ears is maybe what resistance really sounds like.

After one cancelled edition and another postponed, the FIFF is making its return with 139 films hailing from 51 countries

BERLINALE 2020: My Name Is Baghdad received the Grand Prix of the international jury in the 14plus section, while The Wolves won it in the Kplus section

The activist group Rock Against Racism, a key player in 1970s UK punk rock, gets a timely documentary tribute from director Rubika Shah 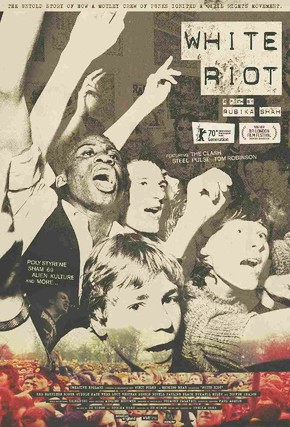 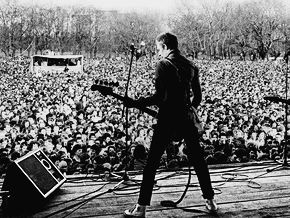