Billed as an anti-romcom, the acerbic drama Rare Beasts [+see also:
trailer
film profile] was written and directed by Billie Piper, who also stars in it. Stylishly told, Rare Beasts is playing in the Laugh strand of the London Film Festival, following its world premiere in the International Film Critics’ Week at the Venice Film Festival. There are echoes of the French New Wave in the radical editing, wicked juxtapositions, and iconoclasm. It's matched by a visual style that heightens the realism through its use of portraiture framing and elaborate performance. It's an audacious debut.

Piper has designed Rare Beasts so that we experience the world through Mandy's eyes, which, given her self-esteem issues, isn't always comfortable. Piper, herself playing Mandy, delivers the confrontational, bustling and hilarious dialogue in a completely selfless manner. Mandy is prone to overanalysing herself and wondering why she doesn't have a perfect life, or even an acceptable, imperfect one. Her confidence issues are apparent in the film's dynamic first scene, which sees Mandy on a first date with her work colleague Pete (Leo Bill). Sitting at a table for dinner, religious Pete confidently asserts that they'll marry in a year, and Mandy ends the night vomiting in the street. It's the first sign that a mix of cringe-worthy patriarchy and visual humour will be a recurring pleasure zone.

Picking up from the famous feminist mantra “The personal is political”, the deft script demonstrates how the male-favoured power dynamic of this relationship creates feelings of alienation and indifference in Mandy. Her battles or demons, depending on one's perspective, are used to highlight how hers is also a societal problem. There is a Brechtian quality to how Piper veers away from notions of realism to give a challenging political perspective through performance. Women are walking down the street and tapping their heads. Defiantly unexplained, they are collectively partaking in EFT, a form of therapy whereby you tap your energy meridians while citing positive affirmations.

Even at work, at a TV company, the genders are divided by invisible fault lines. Right up until the choreographed final scenes at Alexandra Palace, the visual imagery and performance style is designed to reinforce this idea of chaos and impending revolution.

Mandy is also a single mother to a seven-year-old boy, Larch (Toby Woolf), and they both live with her mother, Marion (Kerry Fox). It's a claustrophobic household that gets busier when her dad Vic (David Thewlis) manages to stray from the pub. There is love in this relationship, even as we look for clues to the parentage of Larch, or the nurturing that led to Mandy's confusion. But the answers are not to be found here, despite the lies and infidelities; the problem is systematic. There is cancer in the air.

In the film's episodic structure, and how a relationship leads to feelings of alienation, it has echoes of the stage play Yerma, in which an award-winning Piper excelled as an actor. Here, adding writing and directing strings to her bow, she tries to push the boundaries further, unapologetically so, delving into a type of absurd realism.

Rare Beasts is a striking debut that demands active participation from the viewer. While it deals in extremes, the familiarity of them is what makes the story resonate. Piper is concerned about the society that's been created and wants change, even if this means undressing and asking whether we like where the sun doesn't shine. 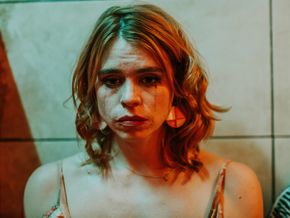 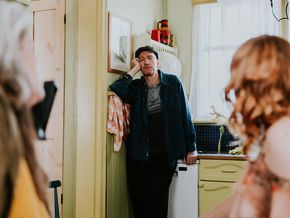 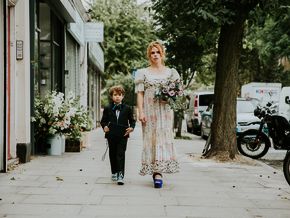