Director Nelly Ben Hayoun-Stépanian in I Am (Not) a Monster

I Am (Not) a Monster [+see also:
trailer
film profile], the third feature-length documentary from Nelly Ben Hayoun-Stépanian (Disaster Playground, The International Space Orchestra), world-premiered as part of the Documentary Competition at the BFI London Film Festival.

The documentary follows Ben Hayoun-Stépanian as she embarks on an impossible pursuit to find the origins of knowledge, a handheld camera following her around the world. Her "partner in crime" is Hannah Arendt, a political theorist whose ideas on plurality and authoritarianism have become increasingly relevant in the wake of ideological policies such as Trump's and Le Pen's. Ben Hayoun adopts Arendt's ideas, dresses like her and goes to meet various people to discuss knowledge, thinking and education. Philosopher Noam Chomsky, activist and politician Magid Magid, Pussy Riot's Nadezhda Tolokonnikova, and Hannah Arendt's student, philosophy professor Richard Bernstein, are just a few of over fifty contributors interviewed for the film.

Ben Hayoun-Stépanian, the director, producer and writer of the documentary, is a true Renaissance woman. Trained in painting, design, human geography and political philosophy, she is a designer of experiences, founder of the tuition-free university University of the Underground and a keynote speaker. And that's just a fraction of what she does.

I Am (not) a Monster is as multifaceted and fascinating as its author. And truthfully, a little bonkers. The origins of knowledge could have been chased in a dry manner, with lots of talking heads and scientific references. But thankfully, and for the sake of accessibility, that is not the case here. The approach is instead playful, and remains engaging even when what we see on screen does not completely make sense, such as a sequence showing Ben Hayoun-Stépanian playing the flute (quite badly) on Arendt's grave, or another where she is seen twirling (pretty well) with Magid Magid in Sheffield Town Hall. These whimsical little snippets punctuate the interviews and, strangely enough, their absurdity helps keep viewers alert.

The playfulness of I Am (Not) a Monster is also evident in Ben Hayoun-Stépanian's tricksterish interviewing style. For example, some interviewees are introduced to a Japanese Bunraku puppet version of Hannah Arendt, while others find themselves talking to a scientific cast of hominin remains, are asked to build a machine of knowledge, or to perform a song. But rather than distract or annoy, this quirky approach fits the framework of the personable experimental style of a film which proudly owns its unconventionality.

Like the rest of the documentary, the music that accompanies it is also alternative in nature, featuring, amongst others, Ethiopian hip hop, songs by Pussy Riot and even a rapping Shinto priest.

Despite its eccentricity, the main goal of the film remains to provoke thought, start discussions, and offer different points of view from people working in various fields, bringing a plurality of ideas and perspectives.

A concoction of humour and outside-the-box thinking, I Am (Not) a Monster deals with a topic which, told more rigidly, could have been a tough nut to crack. But presented with a generous dose of whimsy, almost like tricking a child into taking their medicine — deception distracting from what is necessary — Ben Hayoun-Stépanian reminds her audience in a light-hearted way about the importance of knowledge in the era of systematic mendacity.

I Am (Not) a Monster was produced by Nelly Ben Hayoun Studios. UK distribution rights are handled by Dartmouth Films.

more about: I Am (Not) a Monster 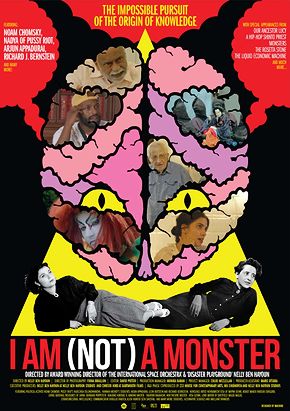 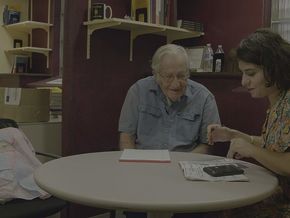 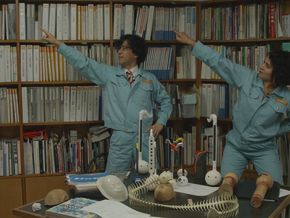 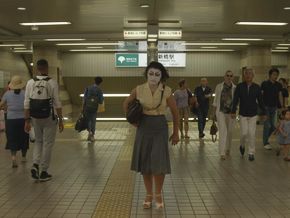 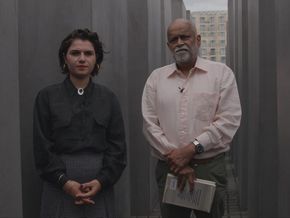 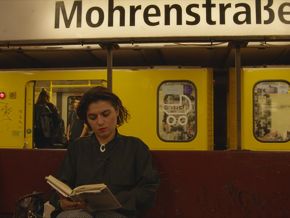 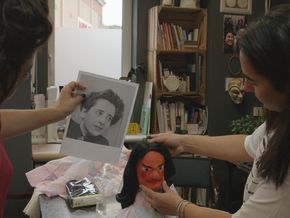 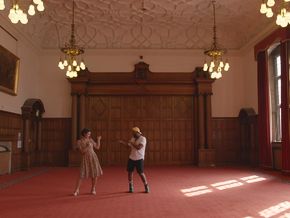 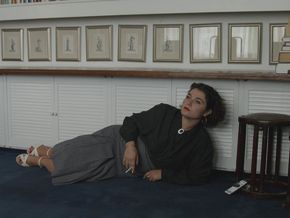 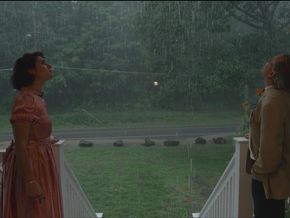 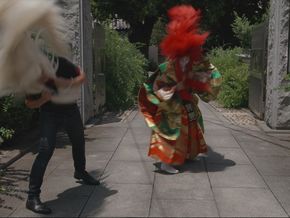 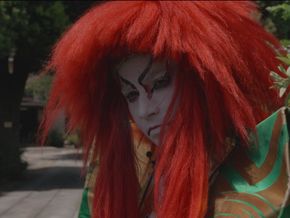 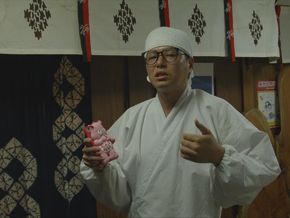