16/10/2019 - Patrick Mario Bernard and Pierre Trividic put their names to an unusual and intriguing, metaphorical film about a man wrestling with a gift of invisibility gone wrong

A mesmerizing and atypical filmmaking pair, as demonstrated to remarkable effect by Dancing (presented in Tribeca in 2003) and The Other One [+see also:
film review
trailer
film profile] (in competition in Venice 2008 vying for the Best Actress award), Patrick Mario Bernard and Pierre Trividic aren’t in the business of easy audience seduction; instead they create atmospheres of impalpable malaise and explore zones of human strangeness which verge on the metaphysical. Treading the boundaries of reality, they look out onto a vast and troubling unknown world which their characters must learn to navigate, and which we’re never quite sure they’ll come out of unscathed, as is the case for the protagonist of the directors’ 3rd feature film, Blind Spot [+see also:
trailer
film profile] (unveiled and showcased in Cannes’ ACID selection and released in French cinemas today, 16 October, via Rouge Distribution).

"I’d been losing the plot for a while, deep inside of myself, without anyone noticing." Following a fantastic opening sequence, set backstage at an underground, afro-rock concert, where a baby in a bassinet disappears before making a mysterious reappearance, the film rockets forwards 38 years to follow in the wake of Dominick (Jean-Christophe Folly), a discreet stock and shipments manager at a Parisian music school who we very quickly discover possesses an extraordinary gift: he can make himself invisible by speeding up his breathing.

But this talent which seemed so magical and natural to him as a child (as suggested in a flashback), which he painstakingly hides from his girlfriend Viveka (Isabelle Carré) and which he only uses very occasionally in order to spy on certain women (his blind neighbour Elham, in particular, played by Golshifteh Farahani), is now placing him in a very vulnerable position (because it requires him to strip naked as his clothes can still be seen). And the threat of Dominick finding himself stranded “on the other side” is becoming ever greater, because this gift which Dominick shares with a few other people he knows (notably the worrying Richard, played by Sami Ameziane, otherwise known as “le Comte de Bouderbala”) is beginning to go off-piste…

Falling somewhere between James Whale’s The Invisible Man (1933) where this gift becomes something of a curse, and Raph Ellison’s eponymous novel (1952) which explores the situation of a black man (which is also shared by Blind Spot’s Dominick) in American society, this work by Patrick Mario Bernard and Pierre Trividic (who wrote the screenplay based on an original idea by Emmanuel Carrère) plunges the viewer into murky waters and into an anxiety-provoking, urban environment where physical and psychological imprisonment can be attributed to an evasion of responsibilities just as much as to an unspeakable form of social oppression; where the desire to “open the doors of perception” and to gratify a self-serving ethos is becoming ever more damaging and comes at an ever greater cost; where fear breeds disorder and confusion between truth and lies; where what we see, what we don’t see and the way in which we ourselves are seen, all come together, intersecting and interacting.

These many metaphorical themes transpire as the film explores its key message - the importance of the way in which we define our own identity and our place in the world – and as the stupefying (thrilling) plot carves out a tortuous path for itself in a seemingly banal world; a world whose opaqueness is further heightened by Jonathan Ricquebourg’s "swamp-like", nocturnal photography. It’s an ensemble whose ramshackle originality will bewitch some – including the writer of these lines – whilst quite possibly disconcerting others. But, undoubtedly, it will stand out in all our minds as a highly extraordinary work.

A GoGoGo Films and Agat Films production sold by mk2 Films, Patrick and Hugo Sobelman’s documentary will enjoy its world premiere in the Berlinale Special line-up

Review: Simon’s Got A Gift

Léo Karmann has opted for magical realism and a labyrinth of mirrors, further distorting multiple identities, in a simple yet astonishing first feature film

Patrick Mario Bernard and Pierre Trividic put their names to an unusual and intriguing, metaphorical film about a man wrestling with a gift of invisibility gone wrong 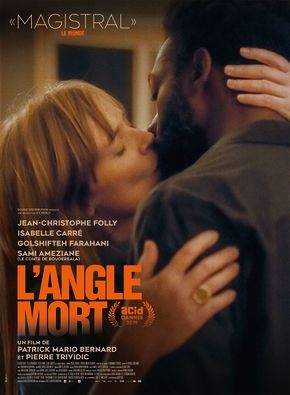 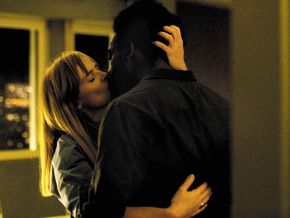