Somalia, June 2011. Swedish reporters Martin Schibbye and Johan Persson (Gustaf Skarsgård, noted for the TV series Vikings, and Matias Varela, Narcos) are waiting to meet the ONLF - Ogaden National Liberation Front, a separatist rebel group fighting for the right to self-determination for the Somali people living in the Somalian region of Ethiopia. Persson plays football with the locals, the goal delimited by two kalashnikovs. When he is jokingly handed a machine gun to take a picture with the fighters, a Somali exclaims, laughing, “Black Hawk Down!” Swedish director Jesper Ganslandt, director of 438 Days [+see also:
trailer
film profile] in Official Selection at the Rome Film Fest, drops us into that climate of war where the cinematic imagination mixes with a reality in which your life is worth nothing (no one would remember Vietnam without Apocalypse Now). Scripted by Peter Birro, adapted from the book of the same name written by the journalists who wrote down the details of the real events, Ganslandt’s film is the meticulous chronicle of the 438 nightmarish days for two men crushed under the mechanism of the large mining and oil interests of Western countries in Africa. But 438 Days also relates the birth of a great friendship and, most of all, is a film about freedom of speech and the role of the independent press in reporting on the abuse of power in every corner of the world.

In the case in question, we focus on Swedish company Lundin Oil, which works in the mining and oil sector in Russia, Scandinavia, South America and in the African regions most destroyed by war, and which counted as a member the former Swedish minister Carl Bildt (Foreign Minister at the time of the events recounted in the film). Martin Schibbye and Johan Persson play with their very own lives as they illegally cross the border between Somalia and Ethiopia. After months of research, they are finally on the right path to report on the ways the oil race has affected the population of the Ogaden, an isolated region brought to its knees by conflict. After a few days, they lay wounded in the desert sand, injured and captured by the Ethiopian army. They are terrified. “They’re going to kill us,” says Persson. They do not yet know that Ethiopian Prime Minister Meles Zenawi wants their full confession: propaganda, global politics and illegality often mix together in the decisions of the leaders. It is the beginning of another story, one in which they are the involuntary protagonists. A trial with Kafkaesque qualities condemns them to eleven years in prison for international terrorism. The gates of hell are thrown open as the two reporters enter the infamous Kality prison in Addis Abeba, where they meet journalists, writers and politicians persecuted for bowing down to the dictatorial power. Martin and Johan will have to survive deadly diseases and a fierce repression that also includes daily beatings, before finally returning home to a democratic country that looks after its own economic interests and hasn’t done much for their release. Based on documents from the trial, video material and, of course, the recordings of the reporter, Jesper Ganslandt — with the help of Sophia Olsson’s cinematography and Hanna Lejonqvist’s editing —  puts the pieces together with documentary precision, focusing on the human aspect of the story and losing sight of its global geopolitical aspect. But the film remains a vivid testimony for whoever wants to understand the reasons why so many people flee Africa to reach our coasts.

Completing the cast are Faysal Ahmed, Nat Ramabulana, Fredrik Evers, Josefin Neldén. The film is produced by Miso Film Sweden in co-production with Sveriges Television and Film i Väst. International distribution is handled by SF Studios. 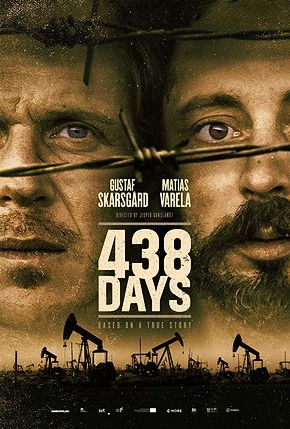 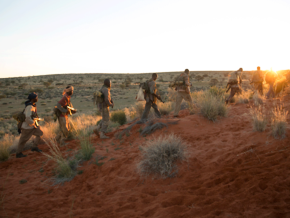 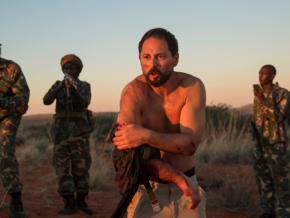 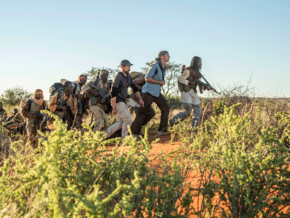 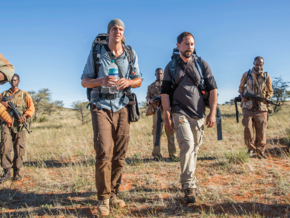 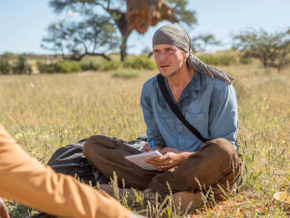