Review: In My Skin

In addition to dedicating a section — entitled Woman in Change — of this year’s Inspiration forum to women’s rights in the Czech republic and the world, there is a strong presence of female filmmakers in First Lights, the debut section of the programme of this year’s Ji.hlava International Documentary Film Festival. One of the films which were not only made by women, but also explore themes from women’s lives, is In My Skin [+see also:
trailer
film profile], the debut feature film from Anna-Sophia Richard, a German-based filmmaker coming from the Dominican Republic.

In In My Skin, Richard focuses on the testimonies of three different women – the oldest one, looking for a stable relationship, thinks she found a reliable partner in an older man, a father of two; a younger one, who parties a lot and goes clubbing with her boyfriend, a DJ; and a married black immigrant, who is still learning German and dreams of getting an education in her new place of living. Despite their differences, these three women have a crucial thing in common which, at least at the time of their testimonies, defines their lives: they are all victims, and ultimately survivors, of domestic violence, inflicted upon them by their partners, boyfriends and husbands.

The protagonists of the film are never shown: their narratives are a composite of interviews, conducted with them by the director, read and re-enacted by a six-part cast of three women and the men playing their partners. Stylised visuals of the urban spaces in Germany where these real women live their stories are accompanying the re-enactments. Composing an outline of their lives, these elements of the story are sometimes painful, even unbearable, to watch, as these women willingly remain in their confines for long periods of time. Without a doubt, countless patriarchal psychological and emotional mechanisms are in place to keep them there, making leaving perhaps the hardest thing for them to ever do. Getting away from a violent partner is harder in some cases than in others — for an immigrant, for example, with no family or friends nearby, without any knowledge of the workings of the country you live in and still learning the language.

The synopsis of the film clearly states that asking a woman she doesn’t leave her violent partner is placing the blame on the victim. And yet, this is precisely the question that repeatedly comes up while watching In My Skin: “Why doesn’t she leave?” There is no clear-cut answer: the reasons could be social, cultural, religious, psychological, emotional – but they usually involve some sort of acceptance, a fear of being by oneself, a conviction one doesn’t deserve better. Unfortunately, if intentionally, In My Skin stays silent on that front. But – strictly without placing any kind of blame on the women behind these courageous, open, honest testimonies, or any other victims of sexual and domestic violence – do those beliefs not need to be dealt with just as much as violent behaviour needs to be prevented, sanctioned and ultimately treated?

What In My Skin does show very well is that domestic violence, like sexual violence, transcends the borders that usually divide society. It persists no matter one’s social class, nationality, culture, religion, or skin colour — perhaps, in some places, it is simply better hidden.

The film is produced by Germany’s Filmakademie Baden-Württemberg.

more about: In My Skin

Review: In My Skin 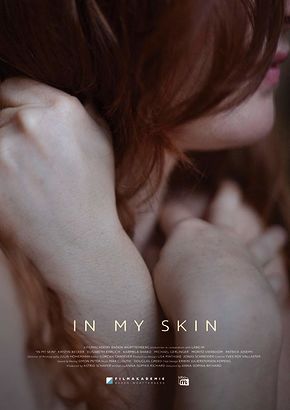 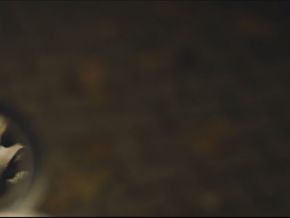 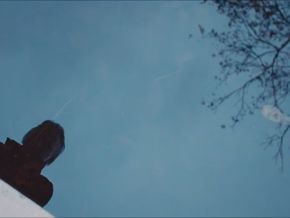 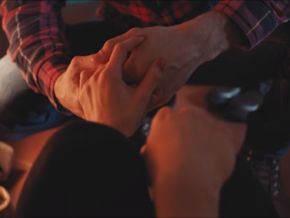