“There was routine and discipline. All the good things.” And with these words of wisdom, one of the children taking part in the eco-community at the centre of Margit Lillak’s documentary The Circle [+see also:
trailer
film profile] — which is having its world premiere in the Between the Seas section at the Ji.hlava International Documentary Film Festival — proves himself entirely more prescient and self-aware than the adults around him. The lifestyle they want to live may be alternative but, as our protagonists discover, it is difficult to find an alternative to human nature.

Lillak follows the community from its establishment in 2014 when 12 adults and 6 children attempted to create a space away from society with a sustainable lifestyle for all. But over the course of the years, these lofty ideals are eroded as members begin to bemoan the lack of structure in their small society, and to subtly struggle to gain power themselves. Finally, a new sexual relationship between two of the members sees any notions of harmony disappear, amongst the hopes and dreams of a new world.

Lillak makes very clear from the start of the film that the whole enterprise is pretty much doomed, turning the film almost into a ‘whodunnit’ as we wait in anticipation for the events that will trigger the downfall of the community. This expectation lends a dark irony to the early scenes, in which the characters are introduced and the community is built. As they talk about sustainability, understanding and harmony, we already know that many of their pronouncements will take on a certain hollowness as the film goes on.

The most cynical audience members may enjoy the film’s occasional swipe at the excesses of alternative culture, with many a hippy cliché rippling throughout the characters’ personalities. Self-proclaimed shamans dance while scream therapy is proffered to resolve conflict, making for some faintly ridiculous scenes of people earnestly shouting in each other’s faces. But it would be unfair to characterise Lillak’s film as a hatchet job – there’s still much empathy with the characters and we’re never invited to laugh at their plight, especially in the latter half of the film when anger and betrayal bubble to the surface. Rather, there is more of a sense of tragic inevitability here – one may be able to escape from the trappings of capitalist society, but you can’t run away from deep seated human frailties such as jealousy and anger.

Lillak’s access is remarkable, with the film providing many an unguarded moment. Again, the few times when the lead protagonists speak to the camera add an extra level of irony as, for all their hope to create a space in which they can communicate freely with one another – the camera becomes the place where they can reveal their true feelings.

After its recent world premiere at Jihlava, The Circle should prove a popular mainstay at documentary festivals over the coming year, thanks to a slightly bitter yet utterly compelling narrative and its often fascinating insights into the pitfalls of diving into the creation of an alternative culture. Those festivals with a focus on the ecological will also provide a perfect home for the film.

The film is produced and distributed by Estonian based company Allfilm.

more about: The Circle 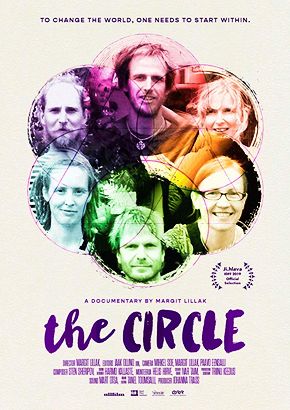 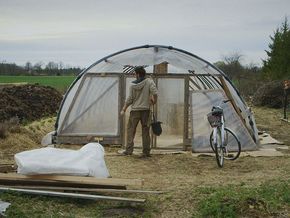 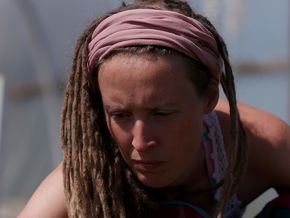 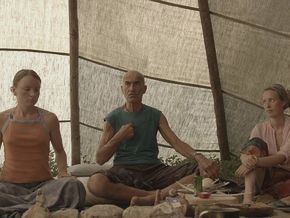 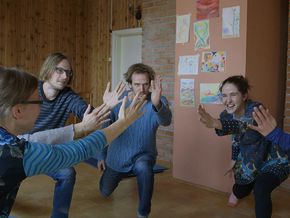 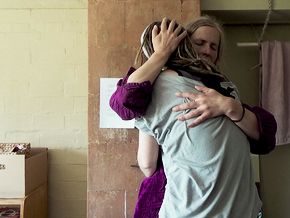 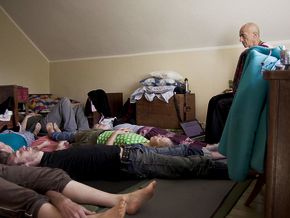 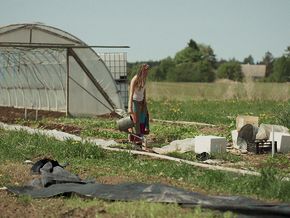 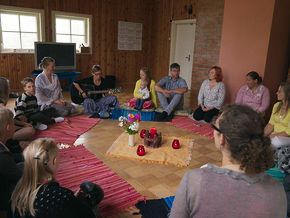 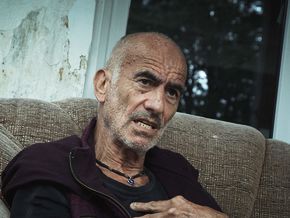 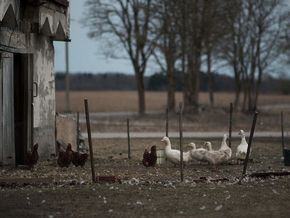 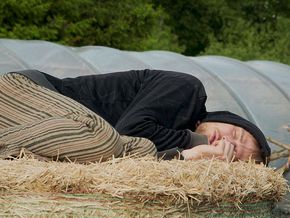 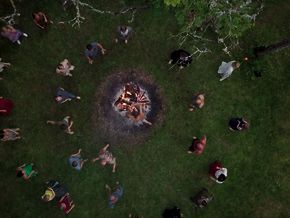