Review: In the Trap

Jamie Paul in In The Trap

"Mummy, there’s somebody under the sheets". "It’s just your imagination". We all thought there was something hiding under our beds as children, and we’ve seen this same image in dozens of films. But still, it makes our hair stand on end. It’s on account of our imagination, which is also the source of the sheer terror we feel in the first few minutes of In the Trap [+see also:
interview: Alessio Liguori
film profile], which is screening within the Official Selection of the Trieste Science+Fiction Festival, with its disturbing take on The Babadook and the deadly tragedy which we’re immediately fed. It’s an opening event which traps the viewer within the four walls of an oppressive apartment for the full duration of the film, alongside protagonist Philip.

In the Trap is the first English language feature film with an international cast coming courtesy of Alessio Liguori, a talented director hailing from the world of music videos and advertising who has founded, alongside Daniele Cosci, Alessandro Risuleo and Simone Bracci, Mad Rocket Entertainment, a firm which will also be producing his next film Shortcut.

Philip is played by British actor Jamie Paul (Black Mirror). Having grown up without a father and under the strict, religious aegis of his mother Rose (Spanish actress Paola Bontempi), Philip is convinced he’s fallen prey to a malevolent entity which, following his little sister’s death, forces him to live imprisoned within his home (we’re in a small, unidentified town on the British coast, whose interiors were constructed in a film studio in Rome), with the spiritual guidance of Father Andrew as his only comfort (the veteran British actor of South African origin David Bailie). We see Philip terrorised as a child, before we follow him as a young adult, working as a proofreader, surrounded by Catholic icons and continually falling prey to alarming phenomena (doors which close by themselves, blood on walls, statues of the Virgin Mary which continually change location), made even more terrifying by Fabrizio Alviti’s excellent sound design and Massimiliano Mechelli’s essentially string-based music. Indeed, the violin is the instrument played by the very sweet Catherine (the dancer, musician and actress Sonya Cullingford), who Philip falls in love with and who ends up moving in with him. Having fallen victim to an apparent demonic possession, the young woman is exorcised by Father Andrew. But something goes wrong. Newly alone in his home, Philip finds himself bowled over by the charms of his new neighbour, Sonia (Miriam Galanti), who we see as the genuine "temptation of the Devil", straight out of classic, Christological teachings.

In the Trap walks the tightrope between religious faith and mental illness in steady, sophisticated fashion, offering the viewer just the right amount of terror, while taking a philological approach towards the subject of demonic possession (most directly referencing The Exorcism of Emily Rose by Scott Derrickson). At the same time, it drills down into the terrain of male psychology and looks at what happens when religiousness, family and sexuality come together/collide, further highlighting just how impossible it is for the protagonist to manage his relationships with his mother, his wife and his lover: the three female figures in his life.

With In the Trap, which displays the very same polish as that of the 1970s and 1980s masters of terror, Liguori demonstrates that young directors and independent Italian producers can claim their own slice of the international, genre film market.

In the Trap is produced by Dreamworld Movies alongside the afore-mentioned Mad Rocket, and will be distributed in Italy by Zenit Distribution, who are scheduled to release the film on 23 January 2020. At the Cannes Film Market in May, the international sales agent True Colours concluded agreements with Mpi Media Group for North America and with several other companies for Russia and Asia, equating to a total 23 countries. The title will also be listed at the American Film Market, which opens this week.

more about: In the Trap

Interview: Alessio Liguori • Director of In the Trap

We met with Alessio Liguori, the director and producer of In the Trap which has already been sold in 23 countries, on the occasion the Trieste Science+Fiction Festival

Review: In the Trap

The Italian sales company will be at the European Film Market’s Italian Pavillion with a line-up of various new releases: thrillers, comedies, a costumed adventure movie and a musical film 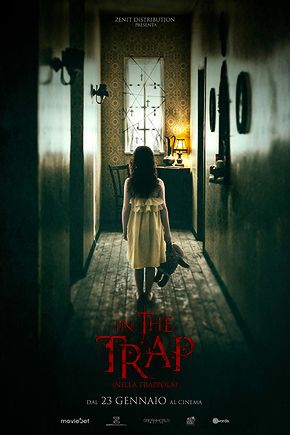 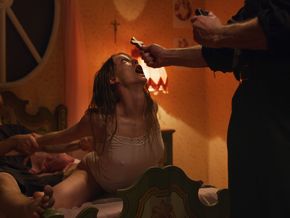