Shown at the Trieste Science+Fiction Festival, Sofia-born Valeri Milev’s Bullets of Justice starts promisingly enough, with a proper post-apocalyptic duo (including co-writer, producer and composer Timur Turisbekov, in true Roger Corman mode) capturing a pig-man and immediately threatening to “shoot him in the muzzle”. Then, mere minutes in, Danny Trejo shows up, digging up a grave and holding a skull, as if in some odd rendition of Hamlet that this writer would definitely want to see one day, only to swiftly disappear, but not before saying there is no God. What’s not to love?

Aided by heavily accented expositions, at first glance, the plot seems simple enough: during the Third World War, a secret project named “Army Bacon” was started in order to create super-soldiers that the Nazis had been dreaming of for so long. This was to be achieved by – and what a lovely concept this is – breeding people with pigs, only things went horribly wrong, and the new creatures proceeded to enslave humans and then farm them for food. As well they should, all things considered.

Instead of just sticking to the concept and having some fun building it up (like, say, the makers of the first Iron Sky [+see also:
film review
trailer
interview: Tero Kaukomaa
interview: Timo Vuorensola
interview: Timo Vuorensola
film profile] did), Milev just seems to lose interest, cramming as many odd characters and vulgar one-liners as possible into its brief 76-minute running time. Some of it works, generating a few guffaws, but the biggest problem is not the craziness, with everyone sticking to the Mos Eisley cantina etiquette and not seeming puzzled at all by what or whom they encounter, but rather the simple fact that the whole thing lacks heart – although not facial hair, mostly provided by one of the female characters, clearly channelling Conchita Wurst’s golden years.

With its full-frontal nudity (again, courtesy of the ever-versatile Turisbekov), scenes of nasty torture that mostly fail to entertain – especially vegetarians, one would assume – and some of the worst acting this side of The Asylum, things don’t quite gel here. Especially in the second half, as its familiar, desaturated look becomes tiresome and Milev ends up generating more sympathy for his villains than for the main hero, who just seems perpetually shell-shocked. But there is some beauty in the fact that the writers clearly liked the name of one character – Benedict Asshole – so much that they just had everyone repeat it, all the time. And do spare a thought for the actor who spends the entire film in a very uncomfortable-looking thong, doing splits in front of a wind machine. Ouch.

A co-production between Bulgaria and Kazakhstan, Bullets of Justice was produced by Timur Turisbekov, as well as Michael Kraetzer, Luciano Onetti and Nicolas Onetti, for Zenit TT Productions. Its international distribution is handled by Black Mandala.

more about: Bullets of Justice 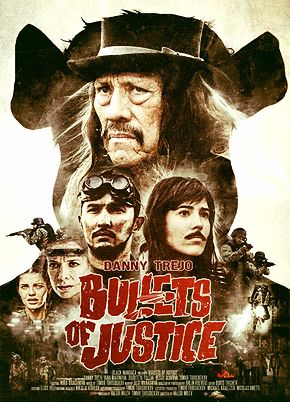 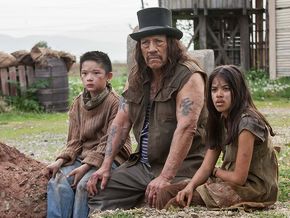