04/11/2019 - Jo Schmeiser examines the need for resistance to injustice, successfully drawing a parallel between World War II and the present day

Every period of time presents a range of things that must be resisted, and resistance against abuse or repression is an ethical obligation for any responsible citizen in a civilised society. In her documentary film essay Moments of Resistance, Austrian director Jo Schmeiser tries to join the dots between the glorious days of the anti-Nazi resistance in the late 1930s and early 1940s, and contemporary movements that are standing up to capitalism, patriarchy and racism as the main forms of injustice that are threatening society. The film has just world-premiered at the Viennale.

Schmeiser combines a number of different approaches and techniques, which are largely dictated by the various materials she introduces in the film. Individuals from contemporary civil society are interviewed directly in front of the camera, where they present their views, standpoints and the actions undertaken by their organisations. Sometimes this is humanitarian or legal aid for refugees and asylum seekers; sometimes it is self-defence classes for migrant women. On the other hand, there is a lack of living witnesses to the past, so Schmeiser relies on the testimonies recorded in the period from the 1980s until the early 2000s, and she tastefully and cleverly sets them against images of people working in the factories and the fields, highlighting the class background and the political views of the anti-Nazi resistance fighters. Schmeiser also introduces other types of materials from the Archives of the Austrian Resistance in Vienna, so we get to see letters that the executed members of the resistance cell sent to each other and to their parents, but also other written materials, such as handwritten leaflets produced during the war and texts from songs and poems, like the one that opens the film, Our Town Is Burning by Mordechai Gebirtig (1938), translated from Yiddish, and even whisper jokes that she simply uses as title cards.

The connection between the two forms of resistance is not that obvious, since the methods of exerting pressure and demonstrating resistance have changed dramatically over that period of time, so the viewers are tasked with finding the similarities and differences themselves. Schmeiser, however, bridges that gap with a subject that she introduces early on, a middle-aged Argentinian woman now working in the Austrian civil sector, who was a political prisoner during the military dictatorship. Her testimony and her advice on how to stand in solidarity with fellow inmates is a crucial piece of the puzzle in this film. The other connection is the predominant presence of women in both the movements back in the day and nowadays, making gender equality a long-standing goal that has not yet been accomplished completely.

Schmeiser has managed to communicate a clear message and to make an important and timely film. Her technical skills are impressive, her presentation methods are meticulous, and even her manipulation of the material (the audio recordings were cleaned up in post-production, and some of the objects she films appear in different contexts) renders the final product even more polished. She had an enormous amount of help from her numerous subjects and her small crew. Cinematographer Sophie Mantigneux and editor Michael Palm do a good job of taking the different kinds of material and fusing them into a coherent movie that has a strong impact.

Moments of Resistance is an Austrian film produced by Jo Schmeiser herself and the company Plaesion Film und Vision. Sixpack Film handles the world sales.

more about: Moments of Resistance

Jo Schmeiser examines the need for resistance to injustice, successfully drawing a parallel between World War II and the present day 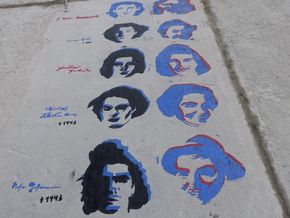 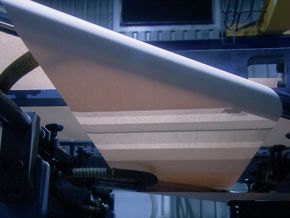