The term "whistleblower" has recently become a household word around the globe, thanks to important political figures such as Julian Assange, Edward Snowden and Chelsea Manning, each of whom have had at least two documentaries made about them. But our societies have seen honest people denouncing bribery attempts in many fields for much longer than that. And in Italy, where corruption is practically a time-honoured tradition, in the last three years, 723 people have reported it, according to Never Whistle Alone, the second feature-length documentary by Italian writer-director Marco Ferrari, which had its world premiere in DOK Leipzig's Next Masters competition.

Ferrari gathered seven whistleblowers – public-service employees, auditors, a garbage-disposal accountant, a research professor and even an archaeologist – and combined their stories into one narrative. Already, this decision informs us that corruption is systemic – it is a feature of, rather than a bug in, Italy's complex administration.

The film is split into five chapters, and alternates interviews with the seven protagonists with dramatisations of what they are saying to the camera. Sat behind office desks, they describe their experiences in the second person: "You are early and you wait… Finally, the director arrives and you shake hands…" Next up, we see three people meeting in a park, in blurry hidden-camera style.

This is followed by a segment in which another protagonist picks up the story at the place where the previous one left off, and despite the fact that they work in different fields, their words, in most cases, seem to follow on naturally. This impression is strengthened by some unified dramatisation, in which the whistleblower is always played by the same person. However, some of the high-ranking corrupt officials are played by different actors, taking into account the nature of the job and their respective ages.

While the story itself and the mechanism of corruption will be far from surprising to anyone mildly interested in the topic, Never Whistle Alone, for the most part, tidily breaks all of this down along a timeline that the average viewer will certainly not be fully aware of. There is, though, a lack of clarity between the chapters describing what happens after the whistleblower has denounced the corrupt officials to the police and is instructed to meet them wearing a wire, and the part when he or she returns to work to find that they have been transferred to another office.

This may be the result of the decision to combine all of the stories into one, which certainly amplifies the urgency of their words, but discrepancies between their cases still exist. Also, the decision to sync the lips of the actors in the dramatised parts exactly to the words of the whistleblowers creates a dissonance when they speak in more general terms and we are watching actors in very specific situations.

Regardless, this is a high-octane, fast-moving, immensely engaging investigative documentary that details an important topic, and does so with the decisive goal of creating palpable tension. This approach is further strengthened by the intensely atmospheric and ever-present sound design and music by Francesco Leali and Alessandro Branca, of Milan-based trio OPUS 3000.

Never Whistle Alone is a co-production by Italy's Candy Glass and Basement, and the Netherlands’ VPRO. Deckert Distribution has the international rights.

Between 19 February and 18 April, by way of the online MyMovies platform, Italy's Rete degli Spettatori will offer up a selection of 10 recent titles which reflect critically upon reality

The Agora Doc Market is ready for its 20th edition

Pink Moon and Victim are among the big winners in the co-production forum, while Heat Singers has snapped up all the awards at Last Stop Trieste

The ninth When East Meets West rounds off its line-up

Focusing on Benelux and Central Eastern Europe, the Italian co-production forum has unveiled its selection for Last Stop Trieste, This is IT and First Cut Lab, along with its full programme of events 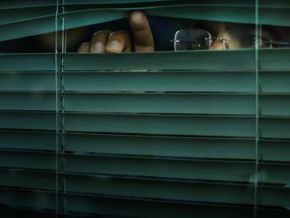