05/11/2019 - The sci-fi eco-thriller by Dublin-born filmmaker Neasa Hardiman boasts a solid cast and excellent direction, but is somewhat lacking in dramatic tension

In Irish and Celtic mythology, Niamh Chinn Óir, or rather 'Niam with the Golden Hair, was the daughter of Manannan mac Lir, the god of the sea and of weather, and the guardian of the Otherworld. But it’s also the prophetic name of the old fishing trawler which Siobhán – the film’s protagonist - climbs aboard in Sea Fever [+see also:
trailer
film profile], a film which is having its European premiere in the Official Selection of the Trieste Science+Fiction Festival following a stint at the Toronto IFF. Directed by the Dublin screenwriter and filmmaker Neasa Hardiman – the proud owner of two Baftas and a variety of other prizes for the TV series Happy Valley and Tracy Beaker Returns - Sea Fever is a sci-fi thriller characterised by a certain emotive pull and a predictable ecological message.

Featuring among the solid cast is Danish star Connie Nielsen, the unforgettable Lucilla in The Gladiator and more recently Wonder Woman’s Hippolyta, stepping into the shoes of Freya, the owner of the vessel, who, alongside her skipper husband Gerard (Scot Dougray Scott, Taken 3 [+see also:
trailer
film profile]) sets off across the sea to the West of Ireland in the hope of hauling in a catch of such abundance it might pay off their debts. The multicultural crew is composed of a young sailor (Jack Hickey, Game of Thrones) and his aunt (Olwen Fouéré, This Must Be the Place [+see also:
film review
trailer
interview: Paolo Sorrentino
film profile]), an expert Syrian engineer (Ardalan Esmaili, Domino [+see also:
film review
trailer
film profile]) and a deckhand (Elie Bouakaze). Siobhán, played by the British actress Hermione Corfield (Rust Creek) flaunting an Irish accent, is a brilliant and rather shy marine biology student whose teacher has instructed her to spend a week on the old fishing boat in order to analyse their catch. The young woman has red hair and immediately meets with the disapproval of the superstitious crew. And when a luminescent creature with huge tentacles blocks the path of the fishing vessel, right in the middle of the Atlantic Ocean, she’s the one who has to jump in and take a look under water (it’s a known fact, “fisherfolk don’t swim”). The creature turns out to be beautiful, but somewhat dangerous, given that it releases minuscule organisms which infect its prey (human beings in this instance) before killing it.

Sea Fever is curiously similar to Alien - with the deep, dark sea in the place of space - in terms of its courageous, heroic female lead, its references to motherhood, the alien threat posed, the little monsters which grow inside of bodies, the threat of an invasion on terra firma, and even the tiny escape pod which emerges at the end, a rubber dinghy in this instance. The actors deliver an excellent performance, despite the lack of any real sense of empathy developed on the part of the audience, and Hardiman’s claustrophobic direction keeps the film afloat for its full 90-minute duration, treating the viewer to visually enthralling watery depths along the way (photography comes courtesy of Ruairí O'Brien). But the dramatic tension in the picture isn’t always as high as it could be, and the plot twists opted for by the director have all been seen before. Ultimately, the script is more effective at emphasising the importance of scientific reasoning than it is at frightening the audience.

Sea Fever is an Irish-Swedish-Belgian-British co-production by Fantastic Films, Bright Pictures, Frakas Productions and Makar Productions. International sales are in the hands of US outfit Epic Pictures Group.

The crime-drama, commissioned by Nordic pubcasters SVT and DR, is set to premiere in 2021

The sci-fi eco-thriller by Dublin-born filmmaker Neasa Hardiman boasts a solid cast and excellent direction, but is somewhat lacking in dramatic tension 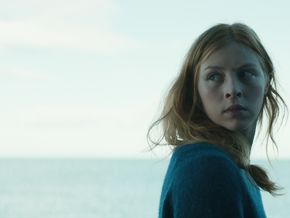 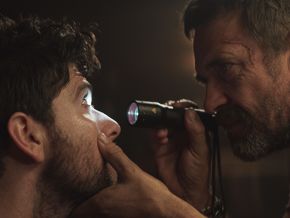 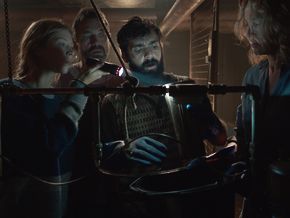