Review: In the Arms of Morpheus

13/11/2019 - In his visually appealing feature-length documentary, Marc Schmidt enters the irrational and uncontrollable world of sleep

Throughout history, people have been searching for ways to control all aspects of their lives. The result is the high standard of living we have today, in which technologies push the boundaries of what we can achieve. There is one realm, however, we can’t seem to get a grip on — sleep is one of the last frontiers in Marc Schmidt’s documentary In the Arms of Morpheus [+see also:
trailer
film profile]. After its world premiere during the Karlovy Vary International Film Festival (KVIFF) earlier this year, the film screened in the Northern Focus section during the 40th edition of the Northern Film Festival in the Dutch city of Leeuwarden.

Schmidt sets out on a journey to discover different types of sleep disorders, moving from very clinical areas such as the hospital, via the noisy and sleepless streets of Brussels, to traditional religious rituals in Suriname. Each setting has its own protagonist, themselves exploring the extraordinary conditions which define their sleeping habits; examples include Exploding Head Syndrome and narcolepsy. We gradually learn that the effects are not limited to sleep itself, as the consequences of their sleeping habits define their entire lives — when nightmares don’t stop after you wake up, and your brain triggers extreme sensory experiences during your sleep. This lack of control is what connects all the subjects shown.

The film begins in a fairly traditional yet beautifully shot documentary style, until the irrational realm of the dreamworld slowly trickles in. In the Arms of Morpheus develops into a sensory experience for the viewers themselves to get a feel of the documentary’s topic, with the director aiming to visually portray the conditions of the protagonists. One of them is Dutch musician Arnold de Boer. Standing in his studio, he has several guitar amplifiers hooked up which he uses to recreate the unsettling sounds he occasionally hears in his head during his sleep, describing them as exploding synapses, and the uncomfortable sounds we hear grant us access to his experience. Schmidt also uses visual effects to lure viewers into this feverish dream-world, which makes for powerful and unsettling sequences. One shows the protagonist walking in her dream through to a very long corridor, ultimately leading her to her own living room. There, she sees herself giving the interview we’re listening to, amidst all her burnt furniture. It triggers a feeling we probably all know from dreams we’ve had, that sensation of being in uncomfortable situations you have absolutely no control over.

What we learn is that these conditions do control the sleepers, some of them being so severe as to dictate their daily routine. The world we live in enables us to tailor our existence to our own preference, but only to a certain extent. The irrationality of the visualised events leads one of the film’s subjects, Emily Simons, to look for answers in the metaphysical realm of the Afro-Surinamese religious tradition of her ancestors. However extensive the search of these protagonists may be, the treasure they’re looking for is something most of us take for granted: a good night’s sleep, comfortable in the arms of Morpheus.

In the Arms of Morpheus was directed by Marc Schmidt and shot by Jean Counet. The film is produced by Amsterdam-based company Doxy Films, in co-production with Dutch broadcaster KRO-NCRV and Associate Directors (Belgium). International sales are handled by Some Shorts.

more about: In the Arms of Morpheus

Review: In the Arms of Morpheus

In his visually appealing feature-length documentary, Marc Schmidt enters the irrational and uncontrollable world of sleep 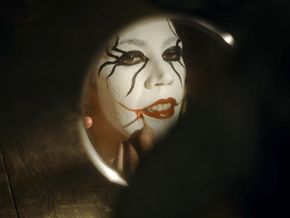 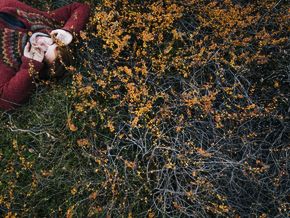