22/11/2019 - Through the story of a remote village whose inhabitants are battling to build themselves a road, Mimmo Calopresti speaks to all those other locations which linger on the margins of the world

Valeria Bruni Tedeschi in Aspromonte: Land of the Forgotten

In 1951, in Africo, an isolated village located in Calabria’s Aspromonte mountains, women die in childbirth because there’s no doctor in the vicinity. And if you’re looking to make your way to the closest “civilised” town, it takes hours of travel on rough, unmade roads. It’s for this reason that, at the beginning of Aspromonte: Land of the Forgotten [+see also:
trailer
film profile], the new film by Mimmo Calopresti and arriving in Italian cinemas today, we see a deluge of people – men, women and children, dirty and angry – descending the mountains and heading straight for Marina, before bursting into the Prefect’s offices and demanding a doctor for their hometown Africo. It’s an opening which packs quite a punch, immediately catapulting the viewer headlong into the midst of the misery and desperation of this population who are treated as if they’re less than second class citizens. But it also hones in on the example of one person who moves against the tide: one particular element of civil society who tries to reach those impervious areas forgotten by God (and by the authorities), in the form of a primary school teacher who arrives from northern Italy, riding a donkey, in order to teach the children dwelling in this isolated spot.

When our teacher, Giulia (Valeria Bruni Tedeschi), arrives in Africo, the village is empty. Only The Poet (Marcello Fonte, crowned Best Actor in Cannes for Dogman [+see also:
film review
trailer
interview: Matteo Garrone
film profile]) - the sole inhabitant of Africo who knows how to read and write - is there to welcome her. The houses are all ramshackle, the paths are pure mud and the premises used for the school are in dire need of renovation. The only thing of beauty is the view. The sea is a way away – you can barely make it out – and, through the use of aerial shots, Calopresti shows the true isolation and distance of this spot from the rest of the world. “We travel when we read” Giulia tells the children, once the locals have finally returned to the village, and these scenes, set in the dilapidated classroom where the Lombardian teacher stands before these little “savages” and tries to open new horizons for them, are undeniably effective.

But the inhabitants of Africo – the adults, that is – have a whole other priority: building themselves a road, with their own hands, in order to reach Marina more quickly. Because, despite the promises made to them by the various institutions, there’s no sign of a doctor being appointed to the village and the people are fast losing patience. Led by labourer Peppe (Francesco Colella) and stonebreaker Cosimo (Marco Leonardi), the Africons get to work, their children rubbing alongside them. But their initiative will be hampered by both local crook Don Totò (Sergio Rubini), who has a vested interest in keeping these people away from the outside world and under his control, and by the authorities (the Prefect is played here by Francesco Siciliano) who couldn’t care less about them: the people of Africo are and should remain immobile, with their feet stuck firmly in the mud.

A vibrant portrait of an archaic world, where poor folk demanding basic rights are met with nothing other than indifference on the part of institutions, and the tyranny of local crooks who are allowed to lay down their own version of the law, Aspromonte is intended to be a tale that’s at once neorealistic and epic, according to the director, who wrote the screenplay alongside Monica Zapelli (One Hundred Steps), based upon Pietro Criaco’s book Via dall’Aspromonte: “the realism of a poor, or rather a very poor world, and the epic nature of the battle they must fight to free themselves from their condition as beggar outcasts”, explains Calopresti. It’s a rather topical theme which, nestled within this story of a small Calabrian town in the years following the Second World War, speaks to all those other locations left to linger on the margins of the world and all those forgotten peoples whose needs will sadly never come first. It’s a poignant film, whose fairy-tale elements in no way detract from the authenticity and urgency of the story.

more about: Aspromonte: Land of the Forgotten

Through the story of a remote village whose inhabitants are battling to build themselves a road, Mimmo Calopresti speaks to all those other locations which linger on the margins of the world 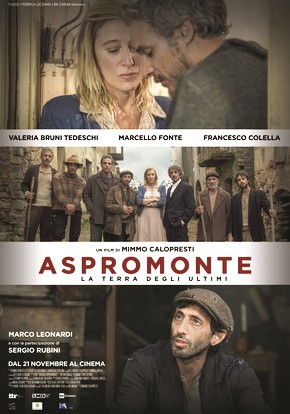 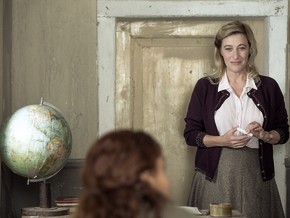 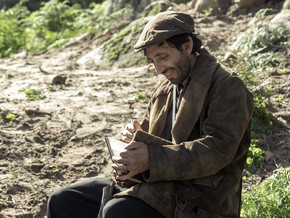