Review: Sadness and Joy in the Life of Giraffes

Maria Abreu in Sadness and Joy in the Life of Giraffes

Sadness and Joy in the Life of Giraffes [+see also:
trailer
film profile], Tiago Guedes’ fourth feature, premiered in Portuguese cinemas on 21 November. A cinematic adaptation of Tiago Rodrigues’ play of the same name, it portrays the transition from childhood to adulthood.

Giraffe (Maria Abreu) is at the centre of this story: a quirky 12-year-old girl who is addicted to dictionaries, she seems to be much older (and more mature) than she actually is, and her endearing nickname was given to her by her mother, who passed away. Giraffe lives with “the man who is her father” (Miguel Borges), an unemployed forty-something actor who has no future prospects but still tries not to give up hope for his daughter. Her father is not the only man in her life, though, as she has an imaginary friend named Judy Garland. A big, fat teddy bear who curses all the time – not in a Tourette’s kind of way, but that doesn’t stop him from being plain rude and inappropriate – he is a reflection of Giraffe’s emotional anguish at a moment when she is trying to push her grief aside, as well as a symbol of her actual age, and he will be her companion on a journey that will change her entire life. As “the man who is her father” couldn’t pay the bill for her to watch the Discovery Channel, in order for her to complete a school paper about giraffes, her mind is made up: she will run away to gather enough money not only to pay for that month’s bill, but those for the rest of her life.

Wandering through the city, with the sounds composed by Manel Cruz (creating a compelling, bittersweet 2000s indie vibe) accompanying her, she has several encounters with different characters (including Chekhov). These are, in fact, moments of duality and contrast (a child and an angry old man, an innocent girl and a punk, and so on) that enable the character to continuously gather insights for her journey and, most importantly, to gain knowledge about life itself. This narrative style is also reflected in the film’s visual approach, which is based on a continuous line combined with illustrations, as well as short glimpses of Giraffe’s perspective (through videos shot with her mobile phone). These visual and narrative contrasts are what create the film’s tragicomic tone: a tone most of us can relate to, as that’s just how life is. As light, beautiful, cheerful and safe as this film can sometimes feel or seem, it is also – in a beautiful but subtle way – highly charged, as it is, in fact, about one of the most important (and dramatic) chapters in one’s life. Growing up isn’t easy, our innocence is lost somewhere along the way, and something inside of us slowly perishes. And this film shows us exactly that: using fiction and a child’s imaginary world (and the destruction of that same world), it demonstrates how sad and joyful life really is – or can be.

Sadness and Joy in the Life of Giraffes was produced by Portugal’s Take It Easy and is distributed by NOS Audiovisuais. Portugal Film is overseeing its international sales.

more about: Sadness and Joy in the Life of Giraffes

Review: Sadness and Joy in the Life of Giraffes 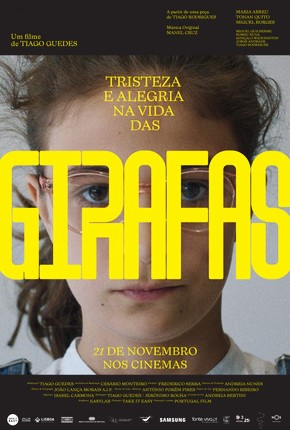 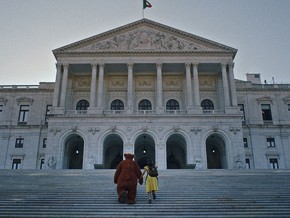 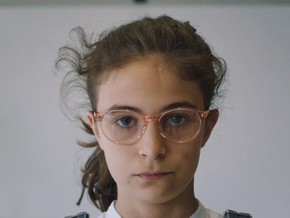