Spanish director Alejandro Salgado's documentary Barzakh [+see also:
trailer
film profile] has been screened in the First Appearance section of this year's IDFA. Once more, the helmer chooses to tell the story of a group of people hoping to make the crossing to the promised land; his first medium-length documentary, entitled Bolingo: The Forest of Love, world-premiered at the festival three years ago and revolved around a group of women who left their homes in the heart of Africa for a better future in Europe. On this occasion, Salgado has decided to focus on the endless wait of a group of teenage African boys who are living in the caves of the Spanish exclave of Melilla, their last stop before reaching continental Europe.

The film is dominated by darkness and was shot entirely at night-time. The frames are tight and frequently depict characters from a certain distance; we do not get to see their faces, but only their shadows or profiles, at times resembling the aesthetics of shadow puppetry. These limitations are probably both the strongest and weakest features of this documentary; they are noteworthy, as the claustrophobic imagery is unique and accentuates the feeling of observing “everyman” characters, but on the other hand, they also create emotional distance and represent an obstacle in building a full empathic bond with the viewers.

The sequences are characterised by an extremely slow pace, and this is certainly a pertinent choice in a Waiting for Godot-like documentary such as this one. In fact, the boys' wait seems endless, and they try to kill time in every possible way: they play cards, tear and burn paper, improvise a football match near a fortress, drink tea and, above all, talk to each other in an attempt to share a modicum of human warmth and hope. The boys chat about their future dreams, such as finding a wife, having children and living a decent life.

The soundscape is also a key element of the story: the hiss of the ocean, the crackle of the fire and the sacred Muslim chants help to enhance the surreal stalemate that the characters are experiencing. Generally, great emphasis is also placed on the religious dimension; the boys pray and sing melancholy chants about destiny, hope and the mothers that they have left behind. Perhaps the most astonishing scene in the picture, placed towards the end, is one showing one of the boys singing and trusting in Allah, next to a waterfall. Initially, he looks almost non-human and camouflaged, and only later does his figure become partially visible, as we see a kneeling man.

Unfortunately, the final on-screen disclaimer breaks part of the spell; it states that the boys involved in the film are not fully visible because they preferred not to disclose their identity. Here, the director surely made a virtue of necessity, but fully disclosing the dynamics behind his (forced) aesthetic choice does not do justice to his work. It would be interesting to see what Salgado can do as a documentarian by choosing another topic or adopting a new angle to cover the one presented in Barzakh and Bolingo, as both works share similar stories and artistic qualities. 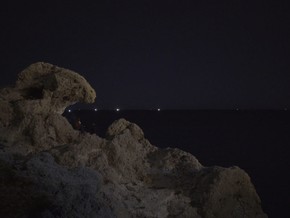 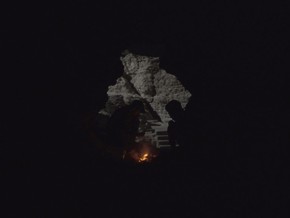 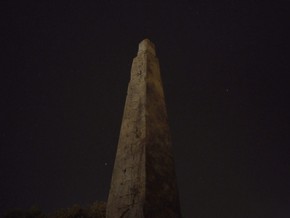 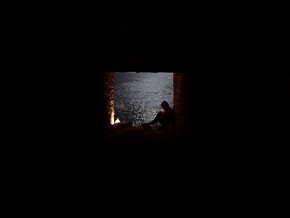 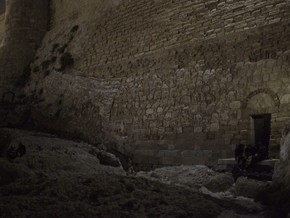