Review: In a Whisper

Heidi Hassan and Patricia Pérez Fernández in In a Whisper

Another world premiere at this year's IDFA was that of Heidi Hassan and Patricia Pérez Fernández's new film, entitled In a Whisper [+see also:
trailer
interview: Patricia Pérez and Heidi Ha…
film profile], screened as part of the main competition. The two directors, who both grew up in Cuba and studied at the same film school – namely, the International Film School of San Antonio de los Baños – are now 40 and lost contact for many years.

At the beginning, the two women introduce their relationship starting from their childhood and by sharing memories and archive footage from their juvenile years: VHS tapes, old photographs and backstage scenes from their first student films help us to understand how strong and indissoluble their bond is. Heidi and Patricia try to approach each other again, and they do so through video letters. Heidi now lives in Switzerland, Patricia in Spain; through their voice-over commentary and their intimate visual accounts of their existences, viewers will be immersed in a freewheeling (but still coherent and on point) flow of joyful events, misfortunes and missed opportunities. In particular, Heidi's journey centres on her feeling of alienation and homesickness; her thoughts are full of nostalgia and a yearning for the country of her childhood years, which effectively no longer exists. Meanwhile, Patricia spends a few years selling mojitos and other Cuban cocktails and later tries, unsuccessfully, to start a family.

One noteworthy aspect is how certain voice-over reflections are accompanied by a kind of temporal distortion on screen; time slows down or freezes, and the characters take their time to express their feelings. This happens, for instance, when Heidi is walking through a square in Geneva and passes by a group of tourists. In this scene, the guide's speech as well as the tourists' gestures are shown at a significantly slower pace, while Heidi's voice-over commentary proceeds at a normal speed. The directors' audiovisual language is frank, straightforward and sometimes ironic, and is clearly the result of some intense introspective work. Heidi and Patricia talk to each other and to themselves and, meanwhile, try to take stock of their lives, at times looking back at their past, at times fearing an uncertain future, where there is no prospect to fulfil their dreams.

The closing scene and the final question brought up by the film – no spoilers here – are rewarding and perhaps summarise the whole point of this long journey. All in all, In a Whisper is a touching story about friendship, affection, homesickness and the characters' lifelong love of filmmaking. It is a sincere heart-to-heart reflection on the value of our aspirations, our need to follow our passions and our constant search for love.

In a Whisper was produced by Daniel Froiz for Matriuska Producciones (Spain) and Delphine Schmit for Perspective Films (France), in co-operation with PCT Cinéma-Télévision SA (Switzerland) and Producciones de la 5ta Avenida (Cuba). Its world sales are being handled by Alfredo Calvino for Brazilian outfit Habanero Film Sales.

more about: In a Whisper

Interview: Patricia Pérez and Heidi Hassan • Directors of In a Whisper

“Our film knows no borders”

We caught up with Patricia Pérez and Heidi Hassan at MajorDocs to talk about their new film, In a Whisper — one of the season’s most moving and sensitive documentaries

Twenty projects by the likes of Pilar Palomero, Gabriel Azorín and Ion de Sosa will benefit from the wisdom and experience of directors including Isabel Coixet, Juan Cavestany and Manuel Martín Cuenca

In a Whisper crowned Best Feature-length Documentary at IDFA

Other winners were the Iranian-Norwegian co-production Sunless Shadows and the Dutch movie Punks, among others 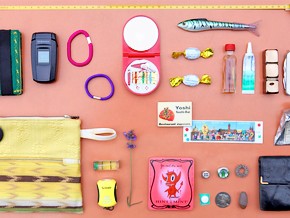 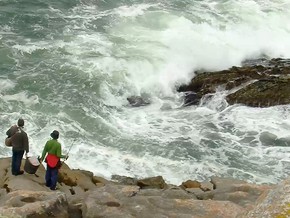 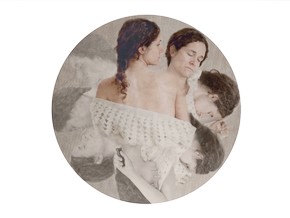 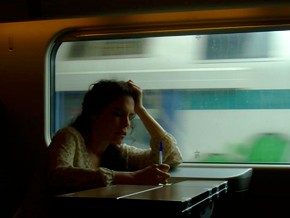